on January 27, 2008
Dieter Rams is a German industrial designer closely associated with the consumer products company Braun. He is regarded as one of the most influential industrial designers in the 20th century.
Read the detail of the 10 commandments on design in the picture of the article below. 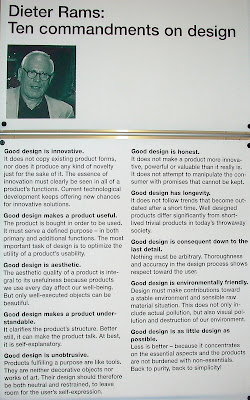