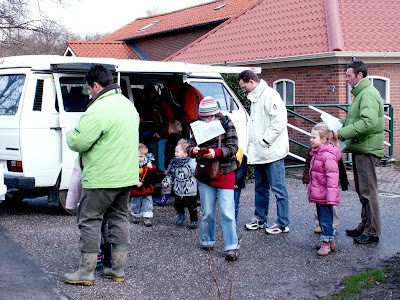 First the people who wants to join the scoutwalk need buy a form with different questions that they need to answer and also they need to count all the easter things that were hidden along the path. 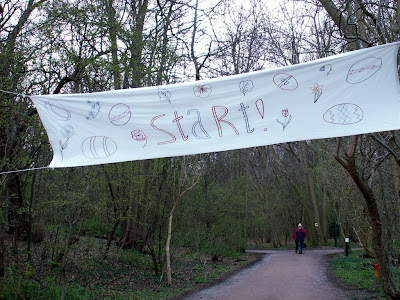 This is the starting line at the entrance of the forest. Just by following the arrow they would walk along the scoutpath. 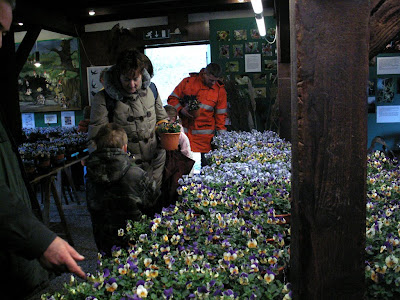 When the people walked the whole path they would get a pot of Violaceae per form. I helped out here for a while giving the people the flowers and also resupplying the table so it looked full.

However due to the weather there were not that many people who joined the Easter scoutwalk. And we had allot of flowers left over. Also there were few problems with the newspaper articles. One said the walk would have started at 11 o'clock which was 1 hour to early and the other said at 12 o'clock would be one walk and at 4 o'clock would be the second walk. But it should have said the walk starts at 12 0'clocl till 4 o'clock. 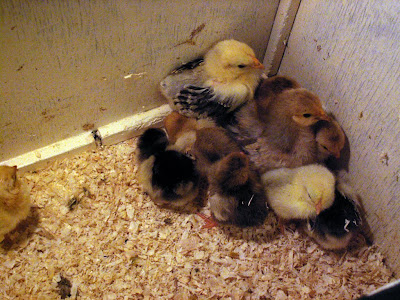 Also there were different animals people or children could hold or play with. 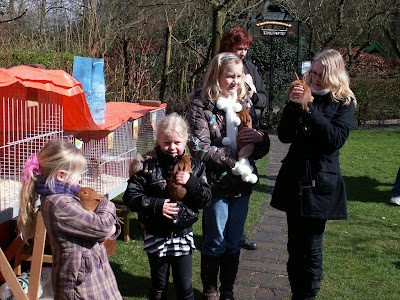 The rabbit were very cute and cuddly. 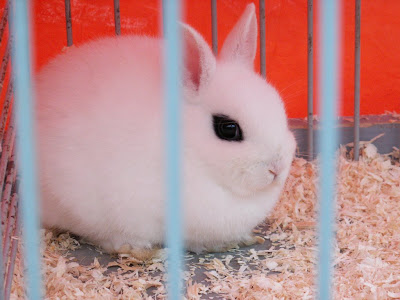 There was a really cool looking white rabbit with black around the eye, it looked very emo but very cool. However they animals were lend by a farmer and are not always there are the visitors center.
After the scoutwalk ended I helped out with retrieving a table and searching for the hidden easter stuff. Also first time I holded a wheelbarrel and walked a bit with it in the forest to the visitors center.
School