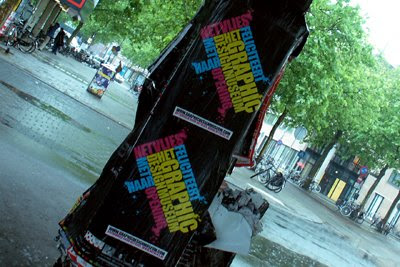 It's been few weeks since I went on to the studyday at the Graphic Design Festival Breda. It was a cool experience and met allot of people and designers.

First up at the studyday was a seminar of Anthon Beeke a well known dutch designer. He showed one of his work which he wanted to be and art piece and not a design, and talked about what are the difference between a designer and an artist.

This person I am very unsure of he is called Bruno Monguzzi if I remember it correctly. He should had added something to what Anthon Beeke had talked about but more likely he practised his speech for the next day. The day after is I went to a big seminar with allot of designers, he spoke almost an identical speech. And when he was finished his speech he had a little arguing with Anthon Beeke.
Ji Lee was also there and he made a wise comment that you should be proud of what you make and just love what you are making, and don't have to be and artist or designer just do what you like to make. 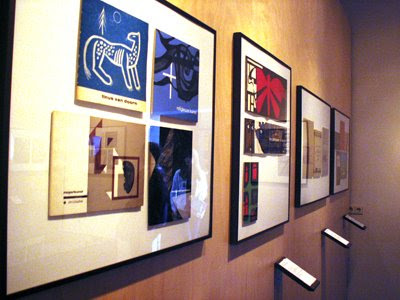 After the seminar there was time to walk in the Museum of Breda and could watch old graphic design. There are designs displayed from 1890 to 1990, about 100 years designs.

Here are few pieces of the collection they have. 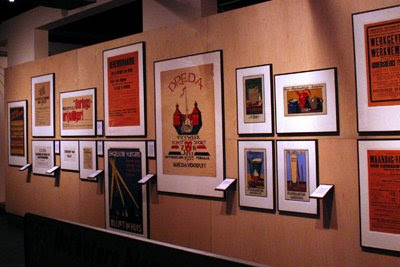 A big wall with all kinds of posters. You see major differences because today are allot of high detail pictures but they used to use less colors you see print with simple methods. 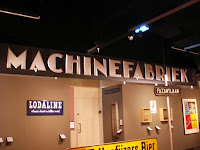 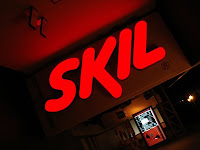 Here are different signs. You can see they are real old typografy and also some new things. 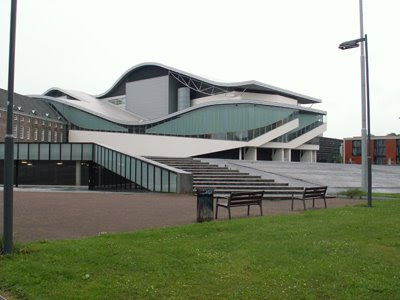 This is a building just outside of the museum and looks very hightech while it is attached to and normal looking building you see on the left. Not sure what kind of building it is though but it looks very special.

This picture was taken walking to the small building where Toeval or Chance was displayed, that I will show in part two of the studyday.
events