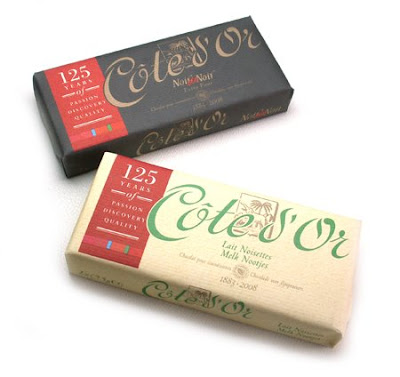 This is something that is truly special, Côte-d'Or made a special edition for their 125 years aniversay and when back with the packaging back to the original design which actually looks quite nice for an old retro design. Its actually a real neat and good design which is simple but not too much

The original packaging include doubel layer of chocolate making it have more in one package then the new packages. Inside the chocolate have a special design with the elephant included between the chocolate. However it looks good it does make it harder to break the pieces evenly on places where the elephant sits. 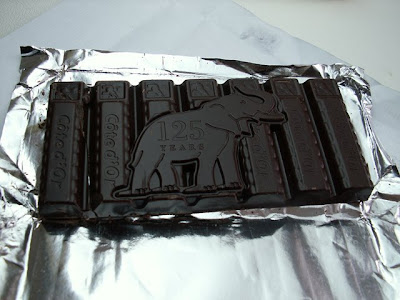 However too bad they didn't ad any special competition for this special event, would have been nice if there was a golden ticket like Willy Wonka. Maybe tip for them when they his 150 years, because actually nobody was buying this special anniversary package faster than the normal packages. Also there were really little announcements or advertisements that they would be making this special package. Only I did saw the announcements few months back on a special packaging website but nothing was shown on the television which is the biggest medium to catch costumers.

The conclusion is it's really cool they made the original packaging which looks very good for an old design, however they might have done more marketing for this special event.
review