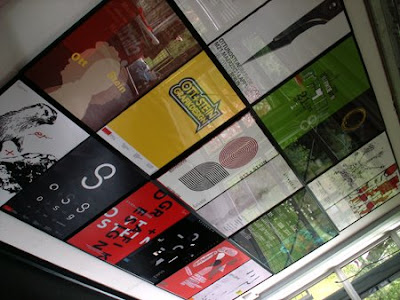 The main reason I went to Kassel to see the work of the Graphic Design student I have met at the Graphic Design Festival in Breda. And they a little Graphic Design Festival of their own at their Academy. Here above you see poster about Ott and Stein, this was next to the Coffeeshop which was specially placed because of the link they wanted to make with the Netherlands. You could buy Stroopwafels, Vla, cofee and everything was orange colored. Also was the best place at the whole Academy with best music even better then the parties that was given in the main hall. 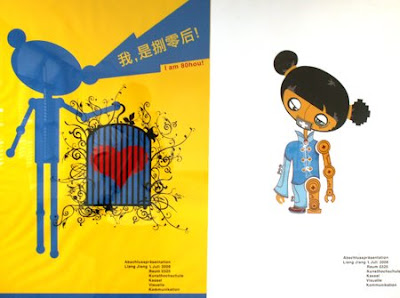 What is great to see there are Chinese students making designs between Germany and China. Actually where I study in the Netherlands are not that much Chinese students that want to become designers. Might also be the Chinese mentality that want to be working at a high paid profession like a advocate or doctor or management, and much think designers are low paid while it is not true. 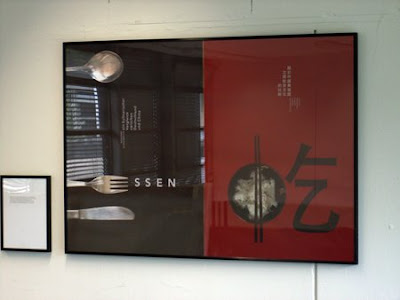 This is made by Wei who is a girl from China who went to Kassel to study. Also only one I could talk easily with because she knows Cantonese. The two poster are linked about food between Germany and China. Als left is says Essen for food and left is food written in Chinese. She also made a small book showing much more things. 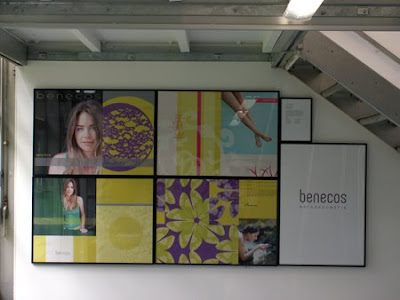 This one I like the positioning of these pictures. Kind of a big collage , showing the feel of the brand. 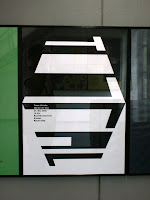 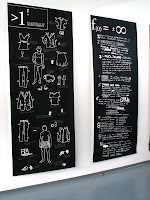 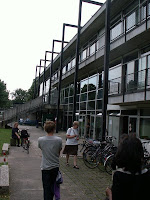 Left is a post I like using positive and negative bit Jin Jang like and using perspective to show the word Total. In the middle is a poster kind of dress up not really that good in German so really didn't real the whole thing what it is about. But that room the had a section like that was at the Graphic Design Festival, same as the Tshirtshop at the KOP, with own design shirt that they would sell. The shirt were mostly made with typography styling with different cool things. Also they had a iMac standing showing pictures that were made at the Graphic Design Festival Breda.

Last picture you see the the backside of the academy actually. From the looks of the building it is really old but the environment and landscape it is really great place. I would really like to go there to school because it is place next to a very big park where is it quiet and nice to get some inspiration.
events