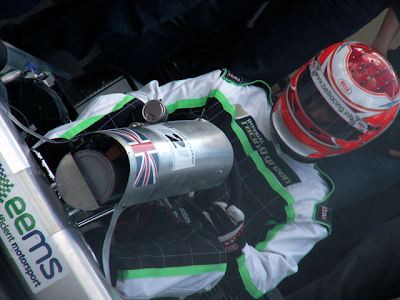 This is Imperial Racing Green from London in the UK. From an inside source I heard this kart was built in a very short amount of time and they actually bended the aluminum cover all by hands on a side of a table. 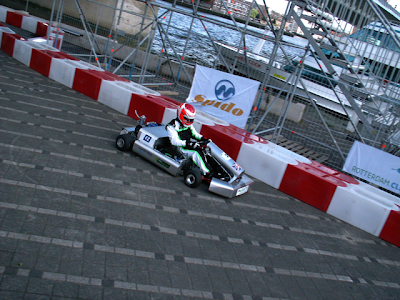 This team was one which had less problems with the new fuel cell engine software, but they had them less set to peak on high for faster speeds. However they were not really quick plus they had the rear tires on front and the rear the other way around during Fridays sessions. Also they were one that had also allot of problem with the bumpy circuit. 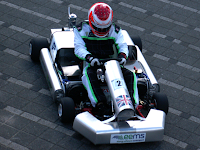 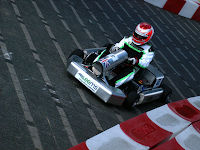 The circuit isn't really a proper one because it is not made from tarmac but allot of small tiles. 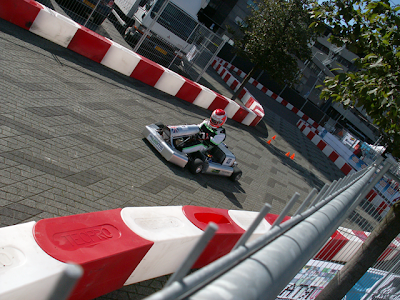 This is for me the best shot with allot of perspective made by the different objects, fences and the road of the circuit. 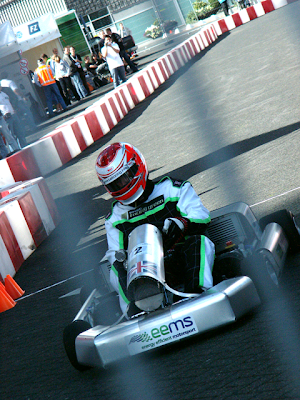