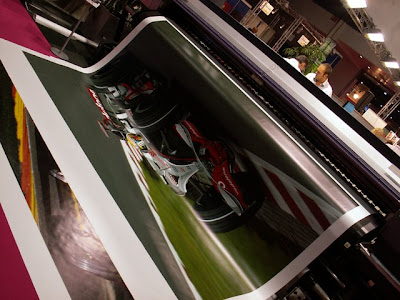 Been to Grafi + Sign this week and it was not that special as I had expected but did pick up on some usefull informations plus have made a great photo set. Not sure why but seem to be allot of photo's used of F1 ,the World Superbikes and allot of cartoon figures that were printed out on many of the stands. 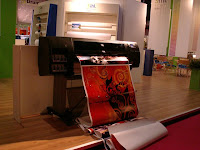 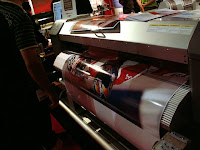 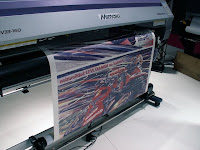 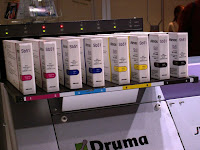 I had expected it to be more about graphic but actually it was more about printing, engravings, signs, displays, shirt printing, inks, laser cutters, cnc and cutting plotters. However I was actually in search of a plotter but they only had major versions which cost way too much for me as a beginning designer. However this was probably the smallest fair I ever been it was just 1 and a half halls and not all of them. If I compare this to Drupa or Interpack it is a major difference. 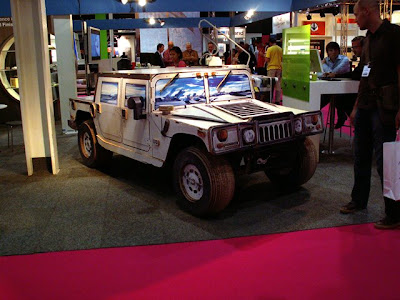 The coolsest thing there was actually this hummer totally made out of cardboards. It was standing at the ESKO artwork stand. Also they had the newest Kongsberg plotter there with a drill head and also working on the newest Esko packages. I picked up some very usefull information about ArtiosCAD. 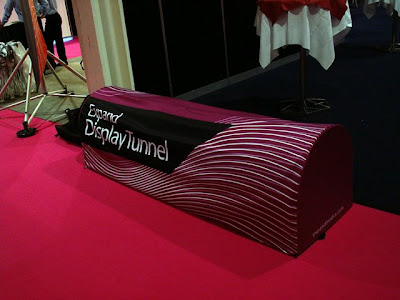 This is probably the oddest sign or display on the fair. Not sure if anyone would buy such a low to the ground display because actually nobody was noticing it. This is it for now, got allot of pictures still to show , will show those in part two.
events