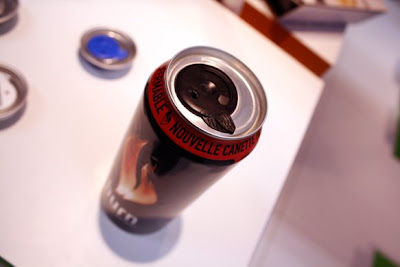 This week was the industrial theme week at the Jaarbeurs in Utrecht and between it all was the Macropak fair which showed different packaging companies. Also finally found the recloseable can and also tipped where it is available. Actually it is sold more over in France, will be going there for the next packaging event on my agenda to the Emballage in Paris from 17 till 21 Novemer 2008. This week it was displayed on the NVC ( Nederlandse Verpakkingscentrum) stand on the Macropak trade fair. 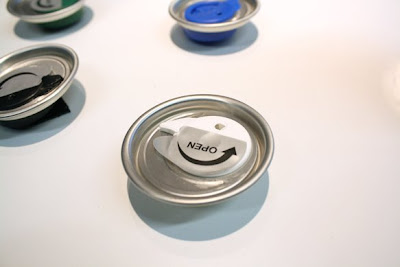 However this is a cool design, but you need to apply allot of force to push it open or even to close it. However I only tested the loose caps and need to get the real deal in Paris. Also you might had though why would this be showed in the Netherlands when it is tested or sold in France, this design was made by a Dutch designer and also it was submitted to a Dutch contest called the Gouden Noot ( translated Golden Nut). This award ceremony was held Tuesday and I was also there to see it and have a pretty expensive dinner at the Holland Casino. However I didn't took any pictures of that event because camera's were not allowed. But the winner of this contest wasn't this design. 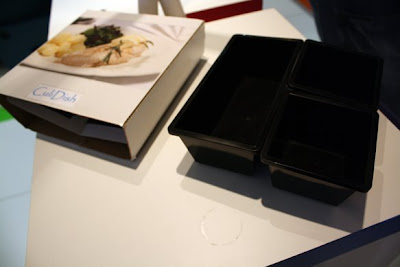 The winner of this award is the Culidish which on the first hand doesn't look very impressive. Also don't mind the bad graphic design on the packaging, but the important thing about his design are the black dishes which have special labels, these labels actually make it possible to interfere the heating in each separate dish. This means you can heat several different dishes in one time and all will get the needed warmth, this means you can have on dish with a salad, one with your dinner and they will be heated correct and not one over done and the other not well enough. However this dish isn't for sale on the open market yet, but for me this looks more like a microwave product then a packaging. They could easily be saying this is a new innovative tupperware then a packaging. 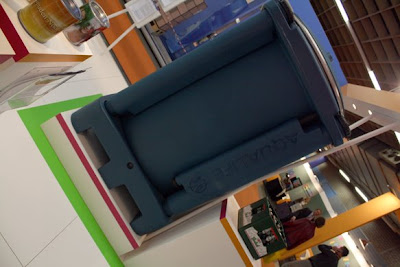 The second place went to Aqualife a business to business packaging special made so that lobsters or fish, so they can survive up to two months in these tanks and shipped instead of flown to the right destination. This means a lower emmision rate then having to fly them over sea. 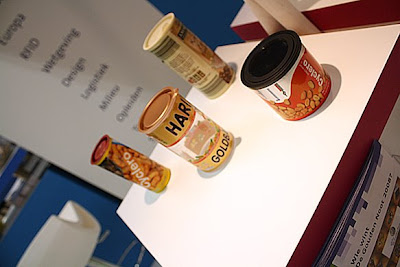 The third place went to Cyclero which is a special cilinder shape thin plastic or aluminum foil. The package can be used for different food packaging and even for beverages. However I am not sure if this can withstand any carbonated drinks though.

For the rest wasn't really any much exiting stuff that I haven't seen at Interpack. Will post more stuff of this event soon.
events