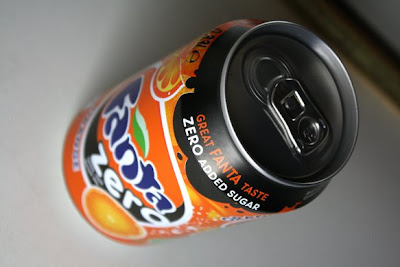 After Coca Cola Zero there haven't been much of Zero'rising of the Coca Cola company beverages in the Netherlands, while I have been traveling around in Europe and saw that almost every country already have added a Zero edition to every beverage of the Coca Cola company. Was pretty much aspect it would happen but not that it would had take so long to ad zero additions to the Dutch markets.

Pretty frustrating stuff that the Netherlands always the latest to get any new designs, while the Dutch designers sometimes design these things. However will soon see more zero'rising of the rest of the drink plus be replacing the lights to have more manly diet beverages. At the supermarket these were actually placed in front of the lights or this could be a test or just new and misplaced. 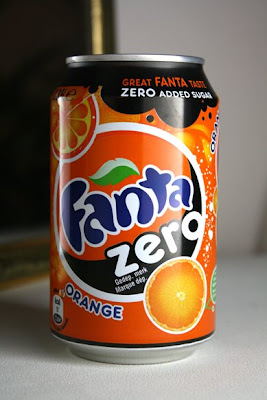 The taste is really not at good as normal Fanta is just missed the sweetness of the normal. It is really just the light or diet version in a new jacket for the manly target market.

Conclusion
Not sure if the Dutch market the Zero is a big hit because who are you fooling diet or light in a new jacket. I hope they would also do this with the Fernandes and maybe do a restyling because that one need it more than Fanta.
review