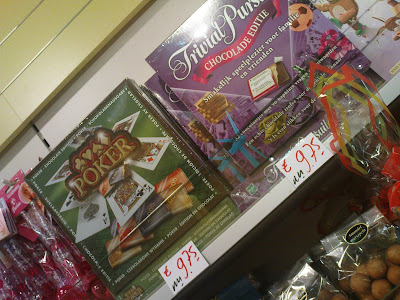 Here are few interesting packagings or products I have seen over couple of months but never had time to upload them from my mobile, plus I did not really wanted to buy them for a review. Sorry for some of the bad quality cause by my mobile. Here above you see a poker and trivial game but not just a normal box of games but actually inside contains candy. So you can play poker and not loose money but loose or win some chocolates. A very interesting smart product but a bit too expensive, because I could buy other kinds of chocolates and have own other board games I could play. However if they sold chocolate poker chips for low cost like chocolate coins it might be better. 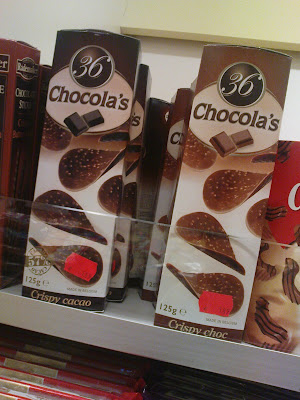 A literal chocolate chips, however I think this need to be packed carefully cause the chocolates are more fragile that the hard potato chips. I think inside its packed with a plastic tray, bit like some of the fake Pringles versions or the actual mini Pringles which are packed in mini trays. It looks very interesting but I think it is just too little chocolate, and you see it very priced of cause nobody is interested in it. 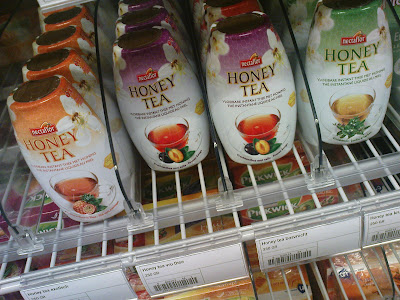 Honey Tea, if it did not said tea I though it was a kind of shampoo because it is actually packing a shampoo like bottle. This is a new kind of tea I have never seen before also it is not promoted at all. It is actually liquid tea , so it is a kind of tea sirop. However I am not sure if people would like to have a sirop version of tea however it is less garbage that having dozens of teabags. 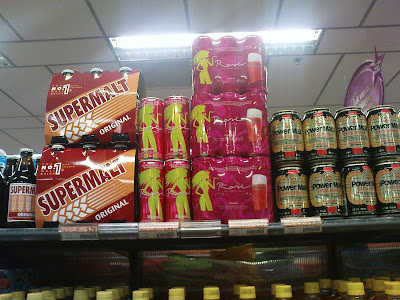 These are actually interesting drinks, malts are beer with low or zero % of alchohol. Most famous one is Shandy which I really love to drink at parties when I was little just to portray like a small child drinking beer. However these power malt and super malt are trying to protray at beer but did not really work. I think the Rose is a smart move but is not working it is not that pretty enough plus it is aimed only at girls, they should have tried adding some more flavours like the Breezers which has become a major hit amongs the youngster in the Netherlands, but those does have alchohol and have made a major problem of young acholics. I think this could maybe steer the youngster for better alternatives but I think actually real beer brands should be making this. Like for example idea a Heineken Malts which would look like youngsters are drinking real beer but actually not, or Barcarly malt breezers with same taste but non alchoholics. Not sure if it would work but might be better for the youngsters because they love the taste and cause it look hip to drink them.
review

Anonymous said…
uhm, just a comment about the liquid tea. This tea bottle attracted me to buy it. Just the way u wrote it looks like shampoo.
I can tell you, it taste sadly like shampoo too :(
25/3/09