on January 01, 2009
Happy New Year to you all, we are now in the year 2009 and leave everything behind also become a year older. In 2009 I will become 24 years because this year will also be the year of the OX which happens each 12 years. 2009 is going to be an exciting year for me and will be doing allot with design and will take everything another step further. Even though I am a graphic designer mix with industrial design, I want to look into the world of art and if I could also can produce work of arts which in year in have increase value then, designing something that can go in the trash and replaced easily. Also I will be taking a big challenge this year but I believe I can handle them and will see how good my skill are.

Todays best shot is not a 100% fireworks picture but actually a rather very interesting artistic photo I took while everyone was playing with the fireworks. 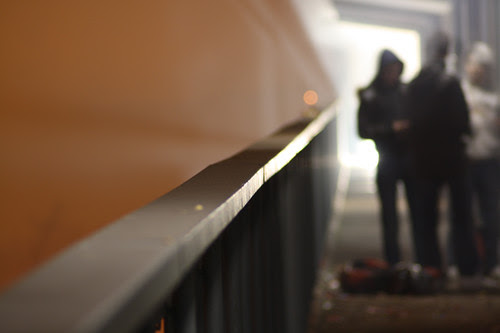 It was a moment I was wow this will be a great show not focussing on the people but focussing on what the light effect was doing shining onto the railing. The light is caused by a very bright flash firework.

And the best shot of the fireworks is this a very simple clean palm tree arrow. 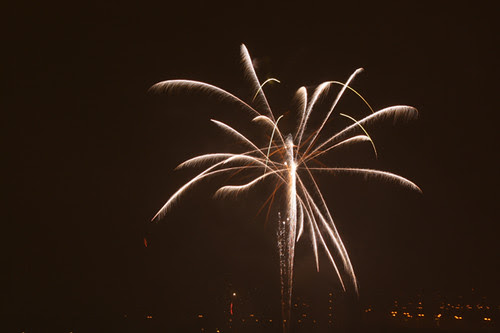 However it does not look anything like a palmtree while you clearly do see it is that kind of arrow, but this have a more elegantly feel to it then just a palmtree. And also it have a kind of a human like figure shaped by the fireworks.

Also this was the first time I took pictures of fireworks with my new Canon 1000D and it was not that hard. The only problem was swithing around between the lenses. It was a odd wave of far away fireworks and close ups. But learn to make great fireworks photography and learn how to setup my camera and change them very fast for another shot very fast and fast lens switches. For sure learned allot during this.

Another this Chung Dha.com now have more than 400 post and more than 98.000 views. However I would had a finished of with having more than 100.000 but I am sure we will cross that figure anytime soon. Just a matter of what I post on it and time.

To all of you a Happy New Year and best wishes to you all in the year 2009.
events