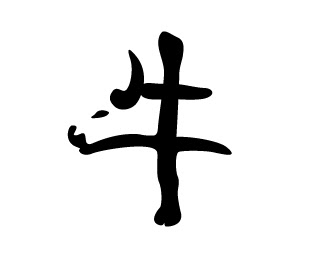 This is actually the first I am mixing up graphic design with Chinese calligraphy. Here above you actually see the Chinese word for ox and the ox is also the Chinese Zodiac for 2009. When I saw the Chinese letter for ox I saw that you could make an ox head out of it, however I know the original letter is derived from a head of an ox, but the originally the ox sign is from the front view of the head and not the same as how I made it. However it's very important not to change it too much cause it could turn into some other word, but I think or hope it I did not did too much though. 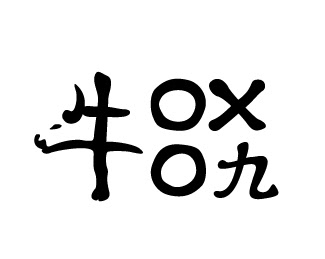 Also made this OX09 with bit mix of English and Chinese. However I did not use the Chinese word for zero because it's way to complicated. Also I do like the sound of saying it in English though O X O NINE. 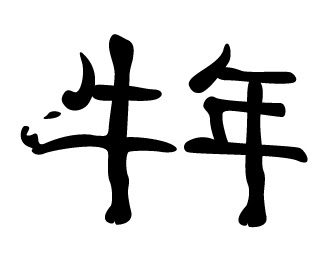 Next Monday 26-01-2009 will be the Chinese New Year, so Happy New year to everyone and 祝你新年快樂！
illustration