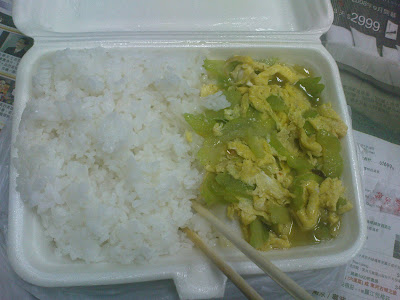 苦瓜蛋 also known as bitter cucumber or melon with eggs, but this bitter gourd is actually super healthy. I actually keep hearing that it is healthy but not really which part makes it healthy. So it means it was Wiki times to check out what is so great about bitter gourds. Actually pretty extreme that it actually have allot of things that makes it healthy for most people and extremest of deceases like HIV and Cancer, but also good for people who have Diabetes. However the seeds of it could be harmful for children and the ladies who are pregnant should actually avoid eating it. Also it does improve your metabolism and also lowers your appetite, so people wanting to diet this is a good option. 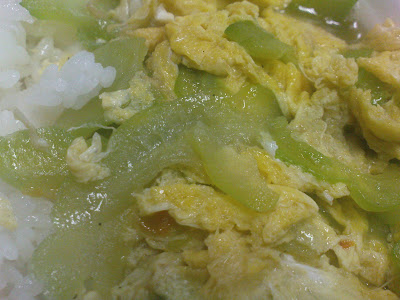 This vegetable/fruit has a reason to be called bitter because it is, also I doubt most children would like the taste. However after a while it somehow grows on you, it become rather good with in a certain mix. For me I would actually order this more often because it is not that bad and looks pretty healthy only thing is that they used a bit too much oil in this dish a bit less would had been better. What you see under is not water or sauce it mostly oil. Still got some exploring to do with a big menu list trying every dish there is unless they sound really unhealthy or way too spicy.
events