McDonalds is super cheap in Shenzhen 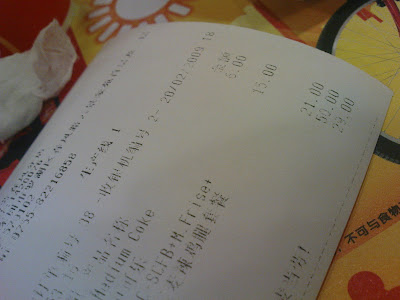 I know this already from other trips but want everyone else to know who never been to China before. I bought a McChicken Menu for just 21 yuan which is about 2 Euro more or less. A whole menu for 2 Euro in the Netherlands for 2 Euro you could not even buy the McChicken Burger only, with the price you pay in Europe you can afford 3 times more in China.

This is first time since many years that I have eat at McDonalds in China, but was also direct supprise how rude people are in the waiting line. There actually is non at all, they just go in front of you as fast as they can so they can be served first. However a good thing about the Chinese McDonalds are they hygenes, you can actually wash your hands first before you eat and after you have eaten. They have a sink in the middle of the McDonald, so you don't have to go to the bathroom to wash your hands.

But I think I'm not really the person who would get used to Shenzhen because they speak Mandarin and people are rude. Also you need to be able to read Chinese really if you don't you would not know what flavour food you might have bought. Eitherway I have to learn Chinese fast. At moment I have updated my tablet pc so I can write Chinese and it would recognize it, however I think I need to have a more portable version. I think I should look into iPod touch and iPhone apps to see if they got programs to write Chinese plus translate them this way I would learn it way faster for sure.

Also because I could not read the McMenu I choose one which is most formiliar to me and I though over the world would be the same the McChicken and what was I wrong about that. The McChicken was super spicy, luckly I did not drank up my Coke yet.
events