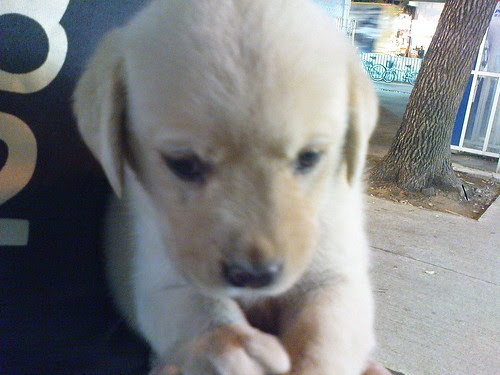 Today saw someone selling 5 puppies on the street however they are cute but it is not a proper way. Even saw people buying one very fast, however you don't know what the puppies background is and if they are well or not. How cute or even some with sad puppy eyes, but they could be sick and also gotten in a unfair way. This is not only happening in Hong Kong but also other places on the earth, however they are being sold instead of left on their own on the street instead which often would happen. However you don't know if they are from puppy mills where dogs are sadly misused to breed small puppies, like chickens laying eggs in a egg factory. While in Shenzhen I had encountered countless of pets sold on the streets from turtles to rabbits, however from the size and looks the rabbits were very small and lickly much too small taken away from their mother. Also puppies that were colored in a certain way so they look cute, but acutally spray painted in a certain way making it have certain stripe patterns. 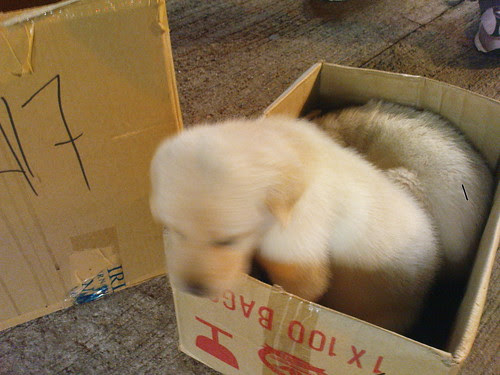 Adopt Don't shop is certain way how you also could get your pet, because daily there are hundreds of pets found on the street cause people like them for the certain moment but then find it too hard to care for them and throw them on the street like trash. At animal shelter there are daily allot of these homeless pets found and only taken care of for just few days and if there is no one who pick them up or adopt them they would get a shot and killed, cause the shelters don't have enough funding to keep them all alive for a long time or even the space for it. You can adopt a pet at the animal shelter instead and help out these animals.

Actually I did not knew about these kind of informations until Sky Tao gave me a leaflet about Adopt don't Shop, even though I heard the name Adopt Don't Shop who had held a logo design contest at designcontest.net . But mainly the message or what they do or promotion about this issue is not that well known. Basically like the Teflon pans which causes toxic fumes when heated over a certain degrees, which happen to be hidden news in the rest of the world while in America it is now a pretty well known about. While I heard it in a conference in the Netherlands, in Europe and Asia now pans with teflon are still being sold and no news channels have reported about it. I think these things are pretty important for news to talk about instead of chasing celebrities and exciting news of kills,death and such, but show news that people should actually know and learn about which also improves the world.

At the moment there are to many informations which is not taught or spread around enough, but only that people can learn about if they would search it themselve on the internet. I think the media and news should change. At the moment the Dutch news reports does good jobs showing also extra gadget and such and news that are spread over the internet and not just news found in news papers or in other media. But they also show stats, report and things we should learn about. Here in Hong Kong at the moment what I see on the news is pretty boring, mostly about traffic accidents, celebrities, lawsuits, politicy and news around the world. But missing allot of reports and things people should learn about, mostly there are programs special made for those info but mostly only cover a small part of the information. Also I found that they use pretty strict news report like about 5 to 10 years ago which was also in the Netherlands, however the news has gotten more relax and the presentors also got more relax and can talk more open then having to read strict stories, while there are shows about celebrity news which are more like the Dutch news program which are much open with talking and presenting.

At the moment there are also certain trends that I am concerned with in Hong Kong but need to get some more details on to talk about. But for sure some people need to change their attitude and help out the world for the better then just helping them self for money. However earning money is pretty much a must to survive in a hectic country like Hong Kong but should not be in the cause of others or animals. So be nice, play fair and help out those who are in need.
trends