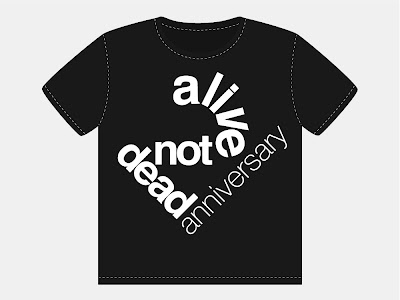 Alive Not Dead is having it's 2nd Anniversary soon and is currently holding a shirt design contest. And of course I am going to submit something too. A simple design in altering the logo into a number two. And added anniversary in the typeface Helvectica Neu thin. It is a simple design but I hope it is the right feel for it. The winner actually gets 10% of the profit share and the shirt will be sold in the Alive Not Dead store plus at the Anniversary party. Hope you like this design and vote for it, also look at the other designs or submit your own. And hope to see some of you guys at the anniversary party!!!
clothing