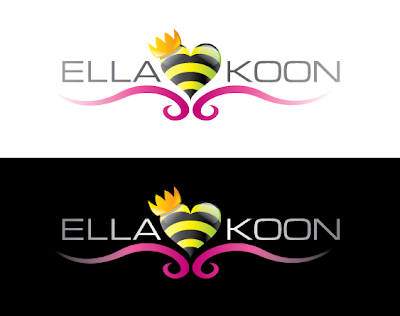 Ella Koon who is a Chinese singer, actress and model had placed on her blog on AliveNotDead.com a contest for designing her a logo and she also has a nickname called QMB, which means Queen Mean Bee. However I don't think she is that mean but mostly funny, with allot of joking about and work in comedy movies. I made her logo in the specification of QMB and showing a heart in a bee colorsheme with black and yellow lines, with showing the queen part with a small crown. I added gradient and web2.0 effect to give it more dynamic feel to it.

Also I was the first to submit and Ella really liked it and placed it on her AliveNotDead and Facebook. But the contest is till 13th of April 2009 so you can send in your designs till then. The prize that can be won is a surprise so I wonder what it could be?