Attending a wedding in HK!!!

Haven't been updating my blog in a while but two weeks ago a good friend of mine who I just met few months ago in Hong Kong had a wedding, ofcourse this person is Alan Leung. Also I was one of the brothers who would help the groom( ,not literally a brother of Alan). But first time attending a full wedding from morning till late and first time wedding in Hong Kong, did not took my camera with me the top picture is made day after the flower pin that I had wore at night . Also there were allot of other photographers plus mostly allot of friends of Alan are professional photographers.

Morning started early at the house of the bride where we had to play games before we could enter the house. First up was a cup of not sure what it was but didn't really tasted that good, still don't know what was in the cup. Then we had to pose as a doll that the girls would throw on the ground and end up in a certain position, but most awkward plus we all got dirty from it, cause we had to lie on the ground. After each game there was a ribbon removed till we got into the house. Final game was that Alan had to say 10 nice things that he would do, but after few he didn't knew what more to say so he sang. After that was allot of tea offering to the family members by the bride and groom and giving gifts.
Then we went to grooms house where also tea offering but then to the grooms side. Also allot of pictures were taken and then got back to the bride house to see the roasted pork getting cut and getting for food. 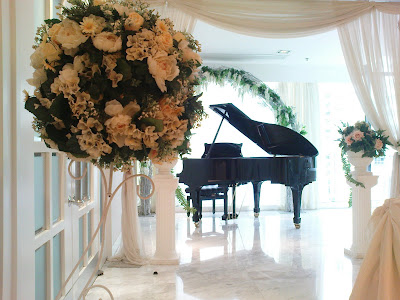 Then later mid day we went to a big room in Hung Hom where we had to prepare for the dinner and ceremony that was held at night. The night was pretty busy with allot of things to do walking around. 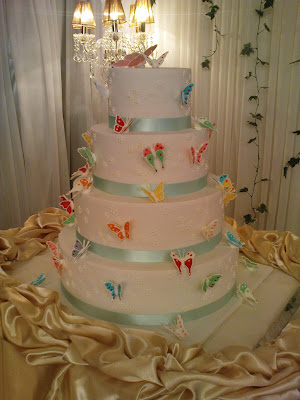 The cake was actually pretty special cause the butterflies was added on the spot. However did not saw them really cutting it. Plus mostly had to miss allot of meals and food cause we had to stand on certain places some times get things walk around. Allot of pictures taken and we had a polariod cam and made a special photoalbum of all the pictures taken during the day and also gaven allot of pictures away. Also what was really special is that Alan sang a song for his bride Wind. For sure it was a pretty special day but from my perspective it is pretty busy even for the bride and groom it ain't that easy and really got allot to do and not much moments to relax.
What is pretty wierd is that I actually missed the wedding of my nephew in January cause I was still attending school but very interesting still saw another wedding in Hong Kong.
events