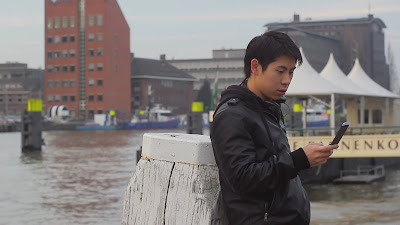 Here is an one minute short movie for the 1Minute Movie festival, even though 1 minute is pretty short ,hopefully was able to get the message over with this short movie. Had to cut away a big shots which would had been nice if everyone cooperated. Also this is first short movie that I filmed, edited, produced and directed. Watch the entry here below.

Please register and vote for this One Minute short here.
The synopsis is that a young man gets an message that someone requested him as friend and he just adds the person without viewing the details. All sudden when he is walking outside people recognizes him without him knowing them. After escaping a big mob of people he checks out what happened and found out he added everybody as friends. Its mainly showing the negative side of social media that you could loose your privacy and also add people you don't even know, while giving all your personal information for them to read. 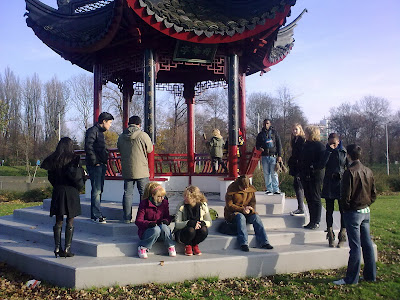 However have to say I wasn't really much motivated on the set and rushed too much cause of the inpatients of the extras. Actually missed 3 vital shots and also cooperation with the cellphone photo's didn't go well cause I am missing a whole bunch of angles while all were standing in a row taking a photo of the lead actor.

Mostly allot went wrong only thing that was good, that was the weather which was sunny and dry. Like 25 people applied for being extra and only 10 arrived. The original lead actor had an accident few days before and gotten stitches on under his eye. The 2nd camera plus assist had a wedding to attend, so didn't had someone for extra hands and 2nd lead actor came pretty late and got fined parking in the wrong spot. Also dropped the camera however everything was fine just got a nasty scratch on the side. 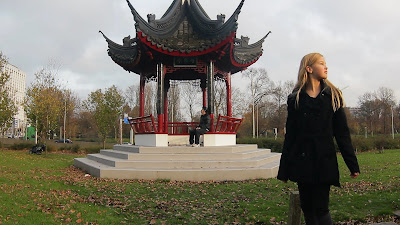 Will make an extended version soon which will have and very interesting scene with effects and nice shots of a Chinese Tea house.

Credit to PinkPant for few behind the scene pictures.