on March 18, 2012
As people complimented this movie I have to say when I was watching it I had a much higher expectation. As for me the movie was so so, the thing is you could not feel a real connection between the two main characters and audience, as Ah Toa which is the main character, does stuff you don't really understand why she does it or too much of afterwards explanations.

The main thing is there are allot of sudden time jumps and all sudden she has a second stroke and suddenly you end up at the ceremony and then sudden the end. Allot of conflict between certain stuff they show and have to say, as I thought Andy lau would start off being cold hearted and would be more kind to his maid, but overall he stayed cold hearted and just act what he feels is the right thing to do. You don't see one moment he shed a tear for her or shown any real frustration cause of the situation or death. Even the speech at the ceremony he just said his gratitude to his maid but not shed a tear, also the shot started at almost the end of his speech, end it was a really short scene with about just 7-8 shots. You couldn't feel really any sadness in the ceremony as it was disrupted by a Kin which is one of the people who also lived in the elderly home. The conflict here was just one scene earlier he was asking others to get money to go to get a so called health check, you have to watch the movie to understand what I mean with this.

As also I felt it wanted to go into comedy as it made allot of jokes all over the movie and mostly heard more laughter than crying. The whole thing conflicted cause I expected for me to feel the sadness but have to say in the end I felt nothing close to sadness.

I donno if it is the cinematography or the directing which lacked in this movie as both actors did portray a good job. Cinematography side I felt it was missing shots which could have made certain scenes more powerful and more emotional. Or shots had been cut out in post which were there to show the emotion. As the radio version I heard was more emotional as in my mind I pictured the story. I feel this movie was mainly also shot with a pretty much the same lens, and mostly had to get DOF in wider shots by putting things in the foreground. It pretty much shot through allot of holes of object allot of times but mainly not in a way it added more meaning to the scene, it was just done so they would had a bit of DOF in the shot.

As overall I felt it was too many short scenes which totally did not made the story clear or one whole, but made the whole movie hard to figure out. For example they talked about giving a home to Ah Tao, but there is someone in there they need to get out before, in the end she only visited the place once and did not live there at all, it was kind of unnecessary side story which wasn't meaning full nor made more sense in it all. Also there was a moment where you think further in the story that Andy and supervisor nurse would get together or if the nurse would work as his maid, as when Ah Tao searched for a new maid which was mainly for them to do cliche jokes from mrs.Doubtfire. However in the end of the scene the nurse appear and ask if she could get that job, but it never happen, which was odd. Just allot of unnecessary scenes.

Also this movie had allot of ADR but I felt this movie was done by TVB cause overall was very bad ADR while the studios nowadays can do better jobs, as in initialD you cannot tell there was ADR involved when foreign actors spoke Cantonese. However it might really been tvb as there were allot of tvb actors and extras involved.

For me, I did not think this was a great movie. The story line might been better as a tv soap where they would had more time to explain the whole situation and play more with the feelings of the audience with long emotional scenes, but it was too much cramped into this one movie. And other thing is I totally adore that cute cat Ka Ka. 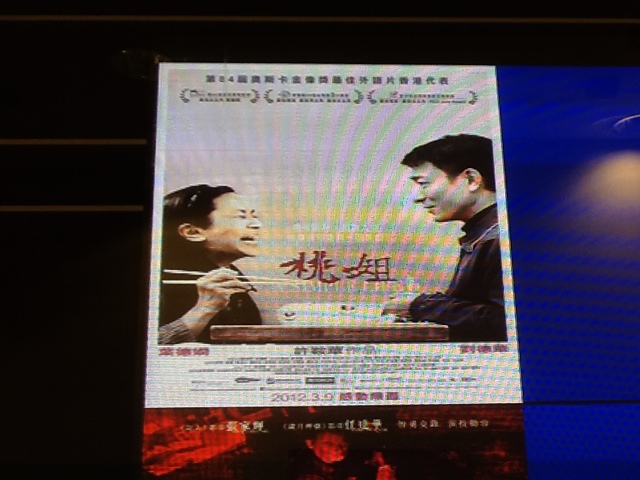