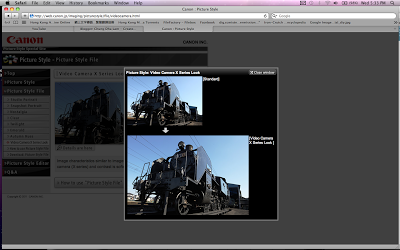 Canon just released a brand new picturestyle which they called the X series look which should be softer and flatter but have to say from the initial images I don't see that much difference and have to say if you seen Superflat or Marvels cinestyle or even Techicolor picturestyle those are much flatter.

But also have to say they are quite late in the game releasing it but I have to say I have not installed it yet I can not truly say its bad. I have downloaded it and still need to install it to see if its worth it or not.

If you want to download it you can get it here below.
http://web.canon.jp/imaging/picturestyle/index.html