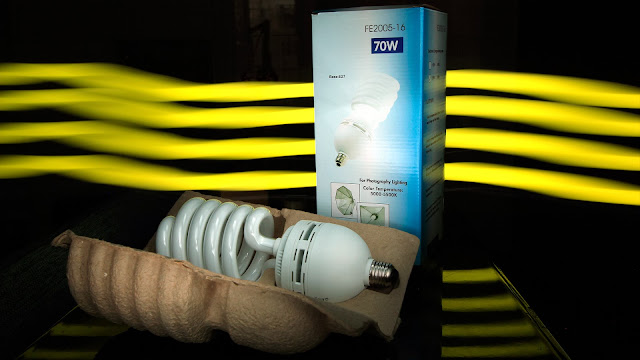 I bought this bulb as I like using florescent light bulbs for lighting as good ones have large outputs, but not sure why but in Holland there is literally a huge lack of Daylight or 5500K light bulbs as I am searching shops high and low and not allot of people sell daylight coloured bulbs.

However I found this professional light bulb which says its 5000-5500k but when I turned on the light I could directly see it was not even close to 5000K and from the test was it was 4200K which is literally mid way between Daylight 5600K and Tungsten 3200K. However its not really that much of a problem but its going to be a bit of hassle mixing it with daylight coming from windows. But at least at night it be enough light to film with. But I like 5600K for light the best and the reason is that it contains the full color spectrum as a tungsten light is same as putting a CTO in front of the light if you ever need tungsten.


Conclusion its nice and bright, only bad is that its not advertise correct with the colour temperature as its a 4200k and not a 5500K. And the size it a bit too big to travel with but in a studio use its probably still ok.
webshow