Recently I am write scripts again, but I find writing on your phone seems to be much easier than typing on a laptop. There are several reasons. Mostly have auto correct to fill in the words faster and the other reason is that you don't have such a faster tendency to be distracted then with a laptop with too much windows open and want to do something else. Plus you can type when ever you want and when inspiration strikes. And i just feel a laptop is just too big to bring everywhere while your phone is always with you. You can even jusy lie in your bed and type another story.

The app I use is called Celtix and the great thing it's connected to a cloud so I can pick up another device with this app and log in and open the script and alter it. Also it has several auto fill and so you can faster choose character and scene headings instead of fully typing them and it's much easier to have the write script format and when loading it onto your laptop you have even more options to filter the amount of scenes and shots so you can easily make a shortlist and do a much better planning.

A tip for writing scripts it's not about just start writing the first scene and work from that cause you can end up with a script that has no story that lead to nowhere. The best is to write a whole synopsis of the entire story from front to back which in a way will be all the actions of the script. So how it works is to divide all the scenes and then fill in all the characters and dialogues.  This way you have a real story you are scripting around and have a much better script with a story.

The most important thing is that nothing is impossible but should keep it real. Cause recently been scripting a time travel movie and there really hard cause time travel impossible, but it does have a kind of set rules you need to think about. As doing it wrong it looks more like certain sickness which had some effect like time travel, and also doing it wrong it's like it looks more like of teleporting. So you have to set down few rules for yourself to make it more believable. Cause people need to understand what you want to convey and the audience are not all the small if there are several layers of mysterious plots that only people understand after reading the script. So make it understandable even without reading the script. 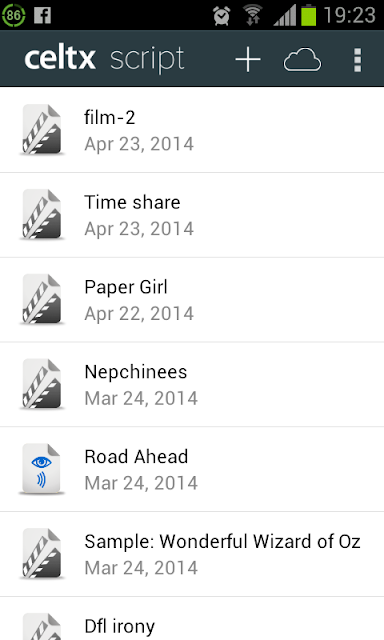