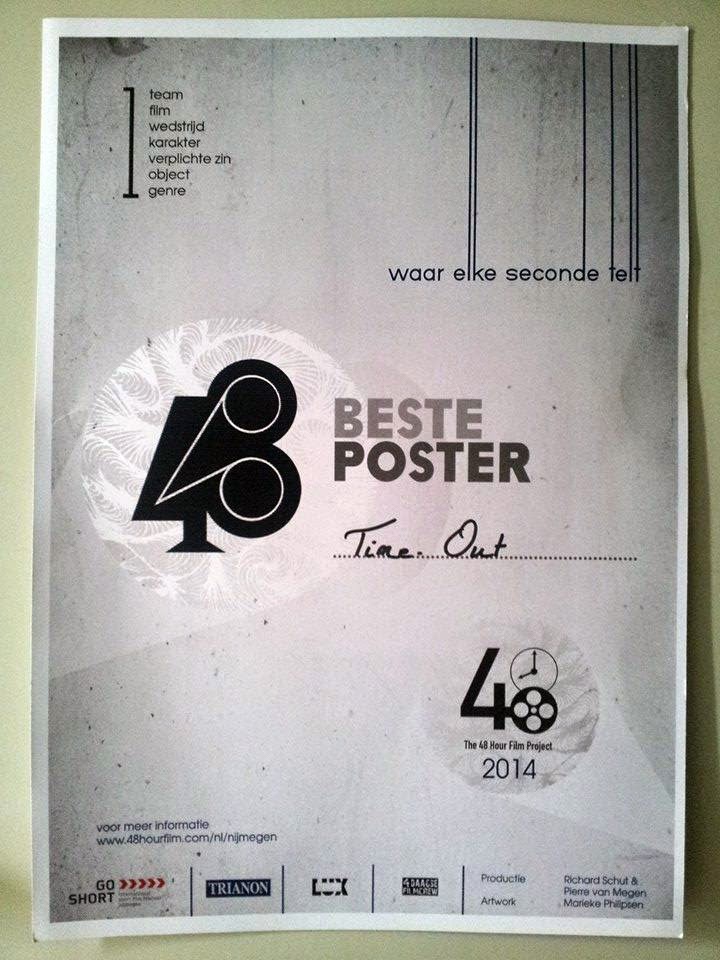 April 4-6 I joined up with Team El Porco in Nijmegen to compete at the 48Hour Film Project in Nijmegen. We had picket one of the best Genre out of the basket, being Time Travel and we had a great weekend putting together the movie. However I wasn't the DOP of the movie as my role was as a Production Assistant doing allot stuff on the sidelines to help out, like Script supervising and logging all the numbers scenes and takes and marking them to be good or bad, so in the editing it be easier to find the better shots and more. The winning poster is the one below, however I have now already added the nominations and prices we won during the 48 Hour Film Project. As we were also nominated for Best use of Line, Best Actor, Best  Editing and we came in 2nd for the Public Vote Award. 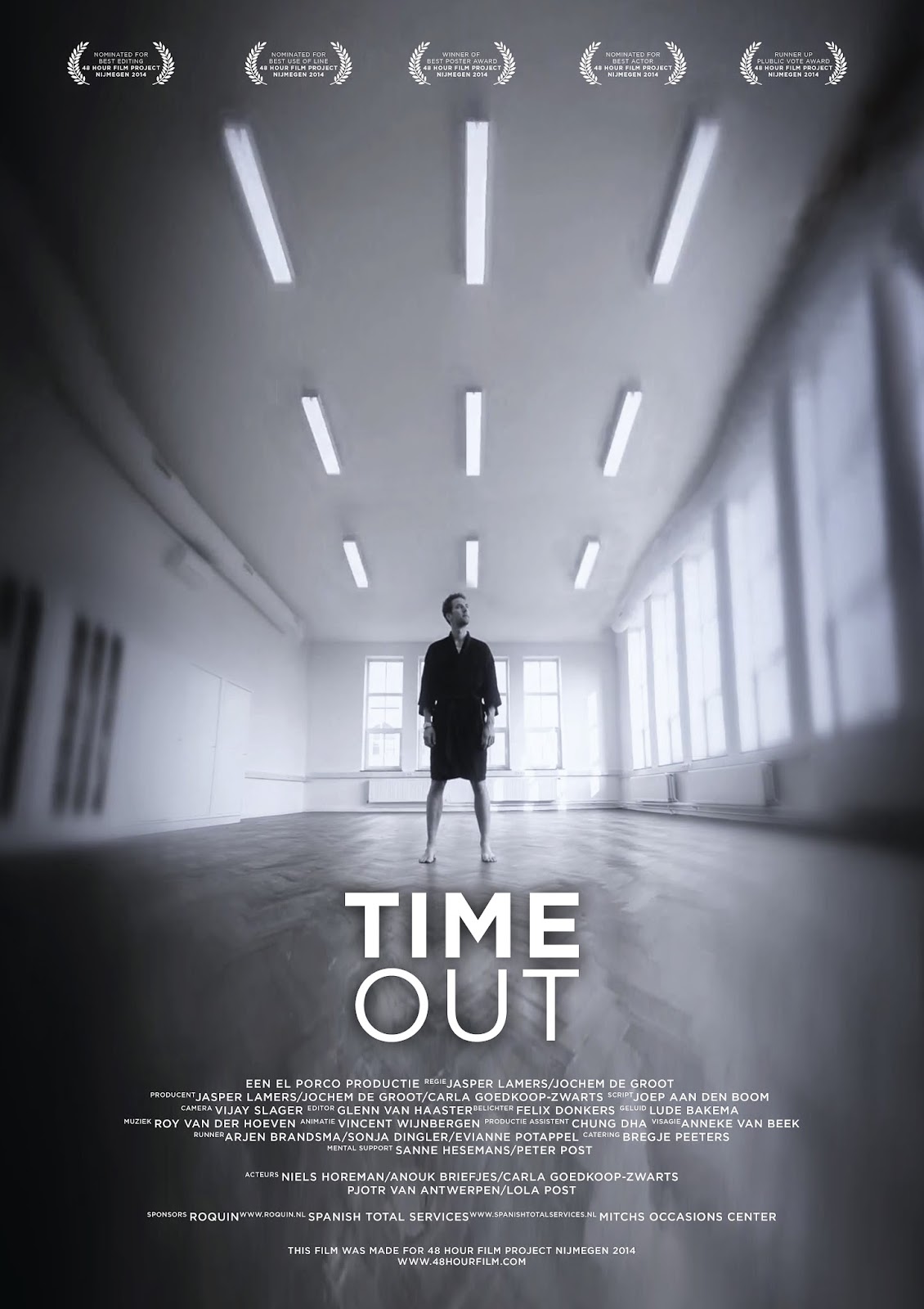 However after the weekend I made the poster for the movie, but the we actually didn't made any photos for the poster while we were at the location, but luckily I remember several awesome scenes in the movie that might be able to build up a cool poster. As there was one of a cool big empty room with the main actor in several shots. But looking through the movie was only one which works the best which had a tilt down while the rest had a pan in it. 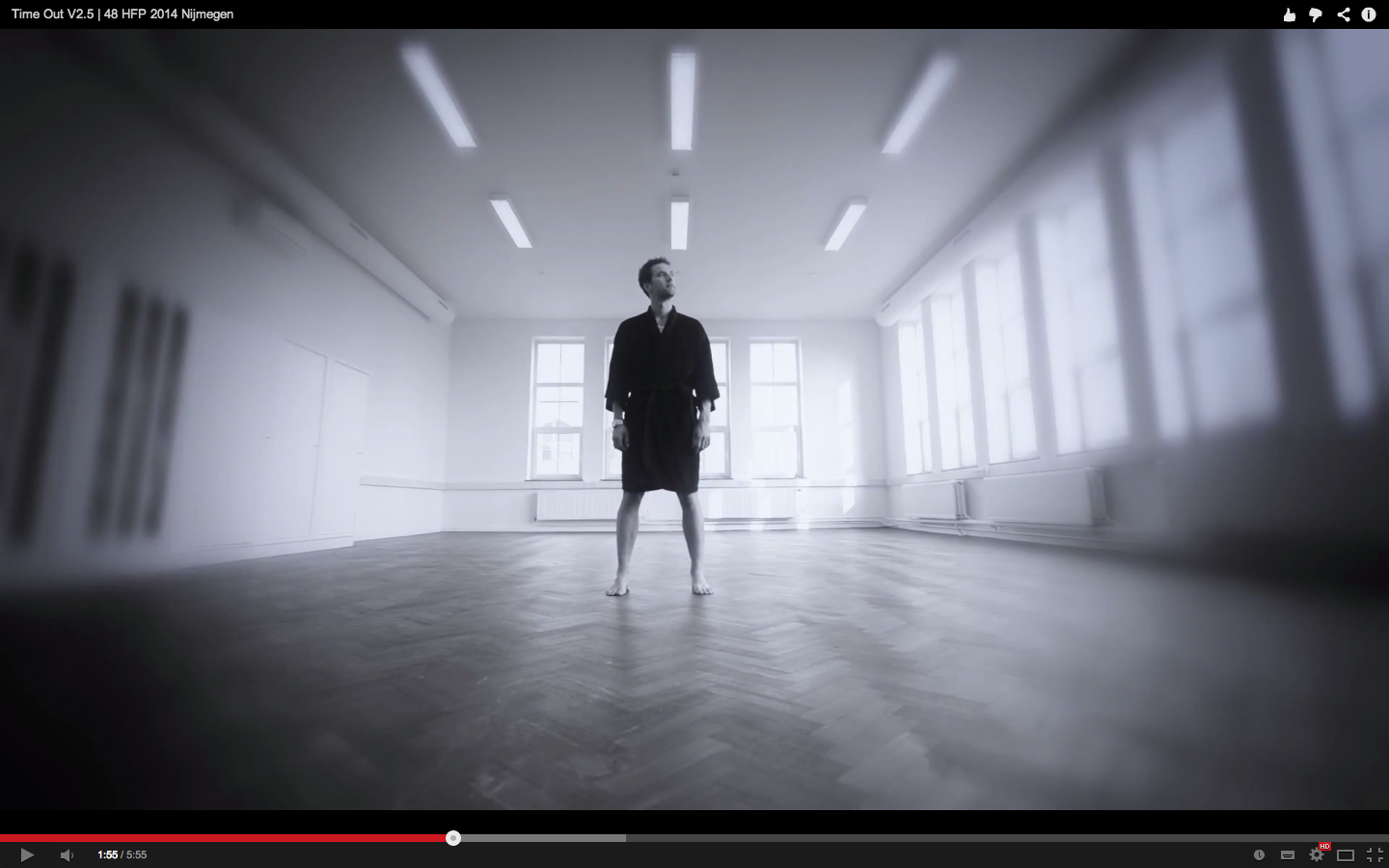 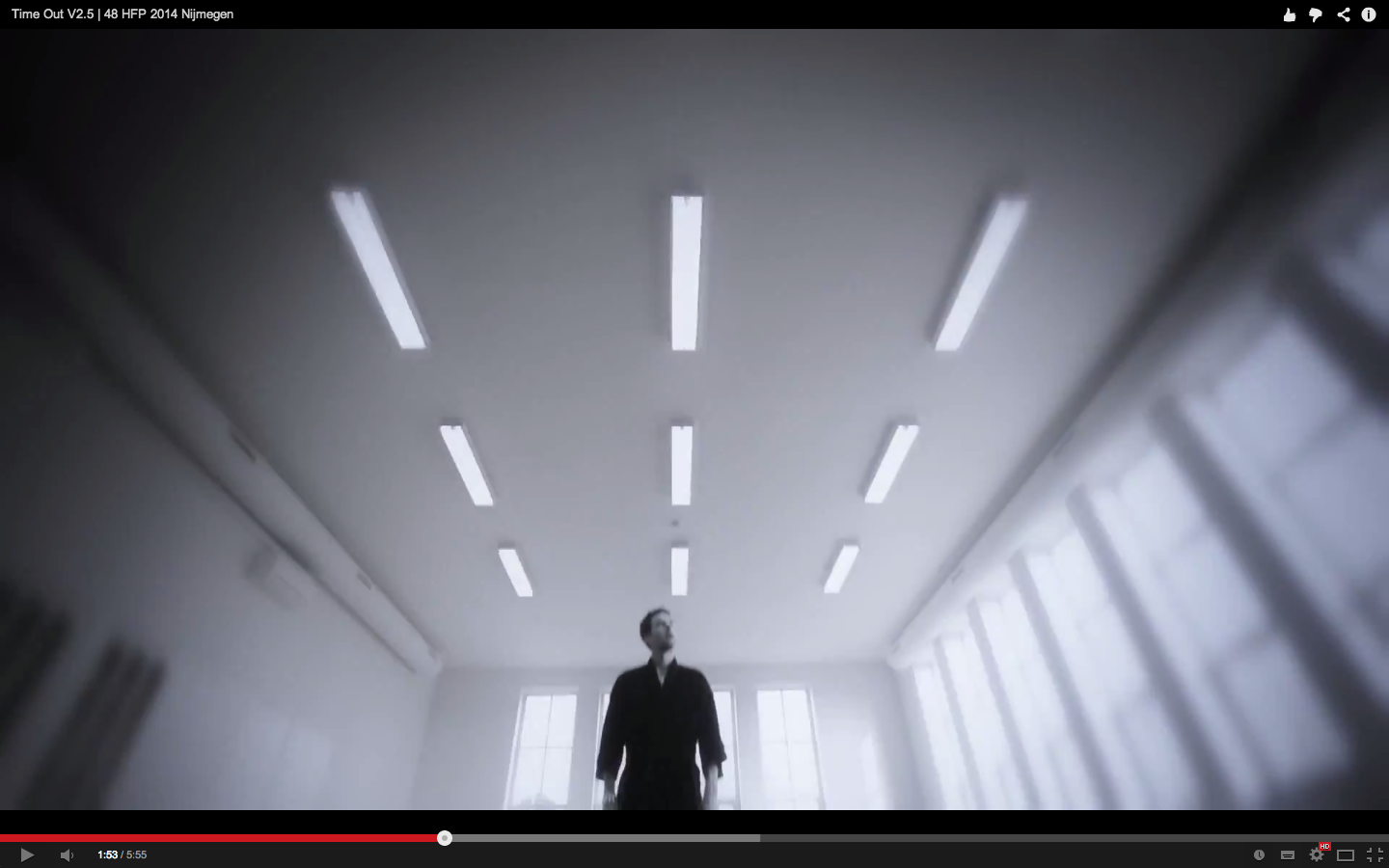 However you might have notice there is quite allot of perspective difference between the two images as the shot was made with an Ultra wide angle lens. but it didn't matter as I had to manually stitch the two images together to mout up one bigger picture. But only stitching them together wouldn't make it fit one the overall poster and needed to use content aware scale to scale it up taller but without scaling up the person who is standing in the middle. It was quite easy however all the light fixtures on the ceiling seem not to scale correctly with it, but wasn't a big hassle to manually scale them to the correct size. And that was how the poster was build up. 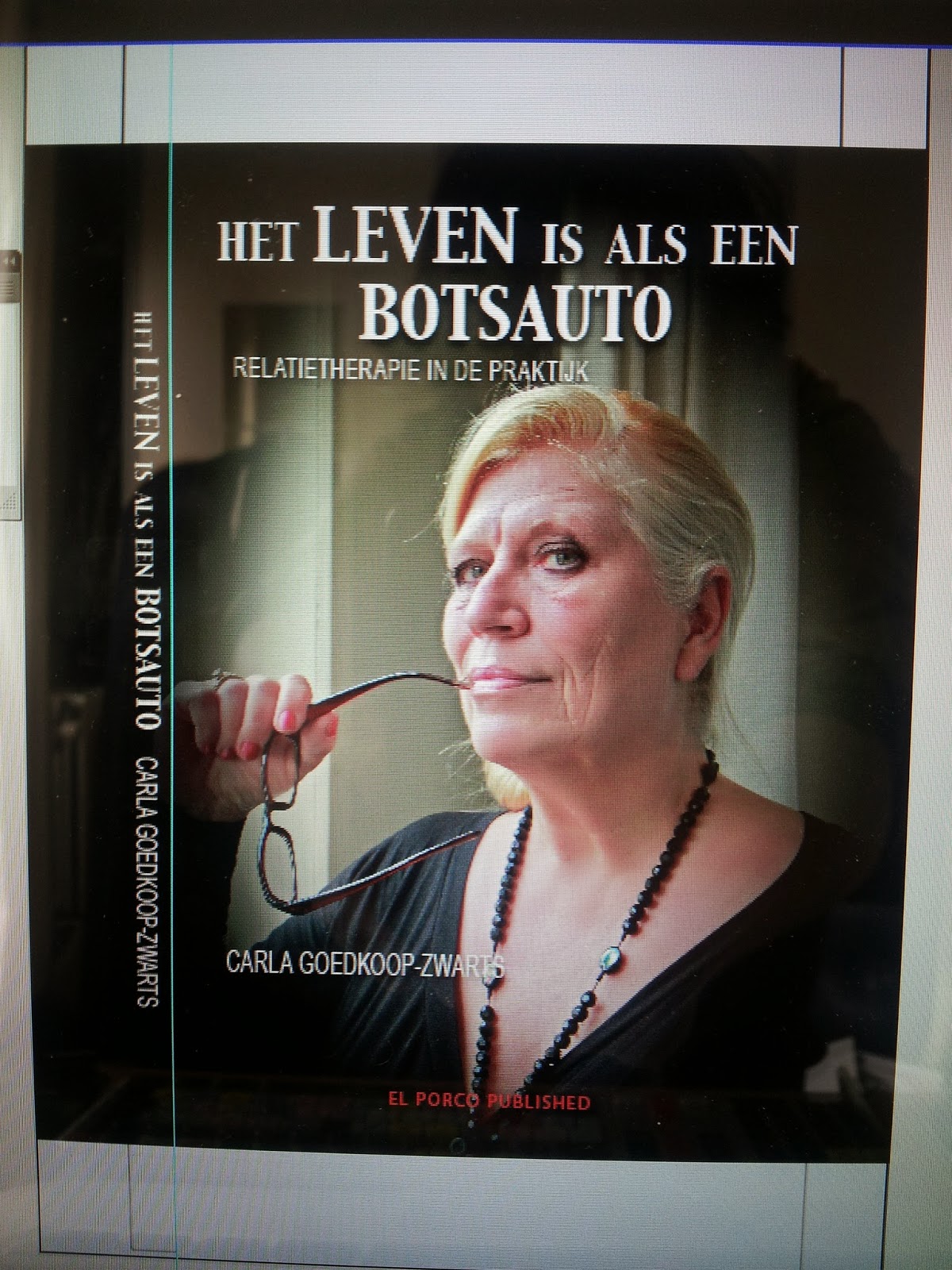 Also we were nominated for Best use of Line because instead of saying the actual line ( Het leven is als een bots auto) that needed to be included in the movie, we have made the line appear in the movie onto a book cover. And also I designed the book cover and took the photo for it on the set. Even though the idea was contemplated during the filming, plus not having an A3 printer or any other of my packaging design tools we still able to produce a realistic looking cover. First we were lucky we were at a home with allot of books and took an A4 paper to see which would fit  the best over the front and able to wrap around it. We found a good sized I think A5 hardcover book and then we didn't had much space but I took the photo using my 550D with 10-22mm lens, not a good lens too use actually for a portrait shot but was only thing I had and made it actually work. 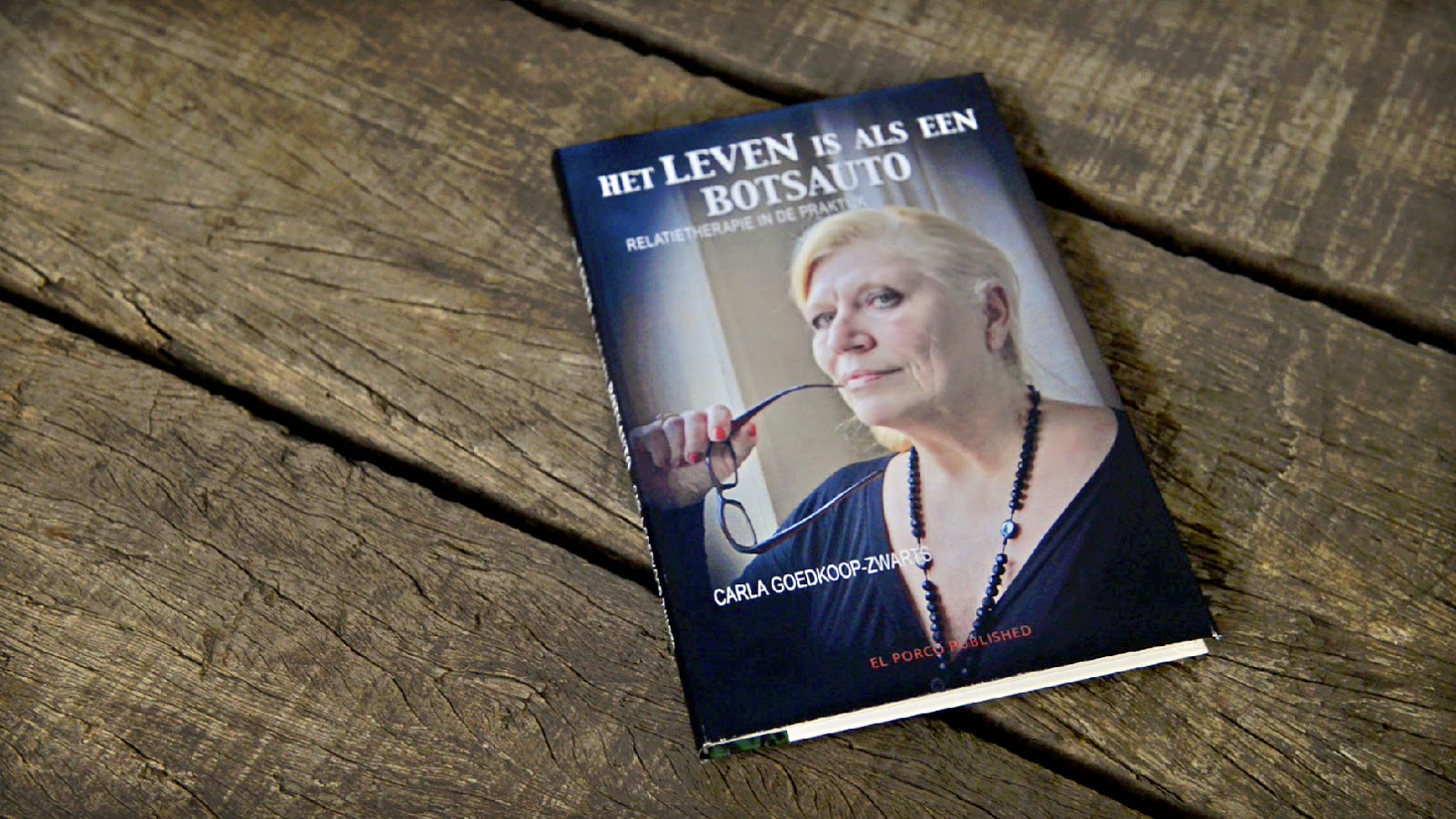 I used Photoshop to clean up the photo and add a vignette around the poster to fade to black making it more of a serious book and the layout and text were made in Illustrator so if we wanted to change anything it would be quickly done. It was laser printed on Satin Gloss paper and hand folded without even cutting it over the book. And it looked like an actual book and were shown in the movie several times. Also I made a short commercial but was not added in the movie and it would been keyed onto a television.


And another thing I also did was steadicamming for the credit shots at the end of the movie. Which is awesome as everybody froze and stood as still as possible and looks genuine frozen in time.

Now prepairing for the next 48 Hour Film Project in Amsterdam, and then I can finally show my skills more as I will be Co-Directing plus being the DOP in the team. As for Amsterdam will be the toughest one yet as all the large commercial movie companies and PR companies are in Amsterdam and quite sure they will all compete. So need to bring everything I got to make the best movie there is. Will need to finetune my camera's and also need to check if I want to use a Cinebokeh adapters just to have an extra edge to the look of every shot. So need to test allot of stuff before June and hope to win it!
portfolio