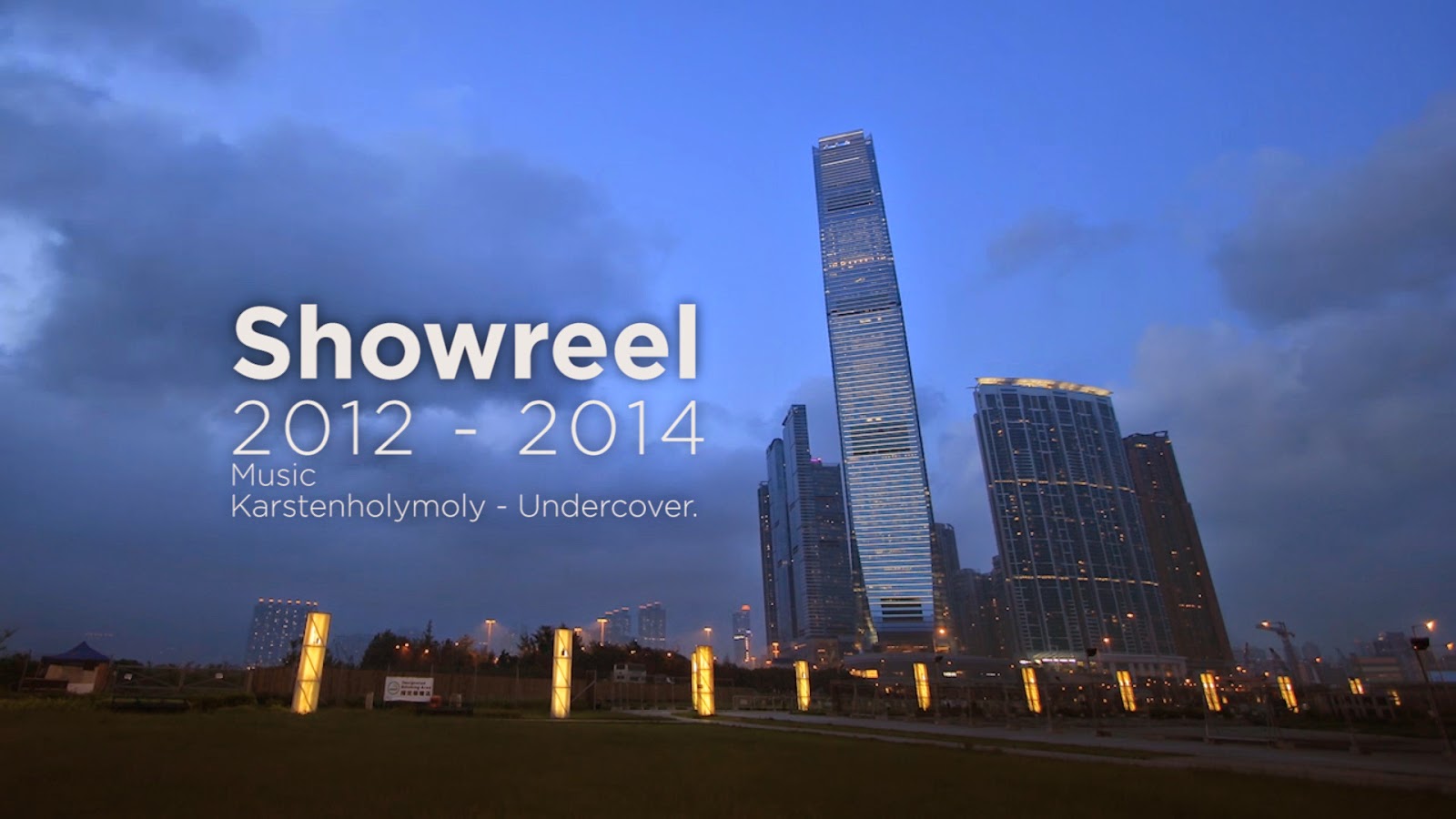 It took a while to make it two years, because I was too busy actually filming and editing mostly for others. However because I am now back in the Netherlands I need to make my name again as in Hong Kong everybody kinda know how they can hire me to film for them. But being back in Holland, nobody really knows me, so I really needed to update my showreel as the other one is from 2010-2011 which the quality and skills from back then are not quite the same as my current level and if you look at my Youtube showreel list, there is quite the improvements over the years. So here it is below and watch and enjoy!

The video came out quite nice, however there are several jobs or videos I didn't had added. But really cramped as much as possible into this and really was made possible cause of the fast pacing of the song in the middle. But I actually quite fond of this song having slow start and super fast mid and it ends slow too, giving me options of different moods I can set in the time frames. But its mainly to really show future potential clients what you can do and its quite important to really show what you can do. However there seem to be allot of steadicam and timelapse in here, which isn't a bad thing but have to say that is one of the skills I also poses and could use to film an event or something in a more interesting manor. Also now I can clean up the my folders and start saving videos for the next showreel of 2014-2015 and hope to be able to film allot of things in the mean time.