Power your Canon DSLR 6+ hours for less than $55 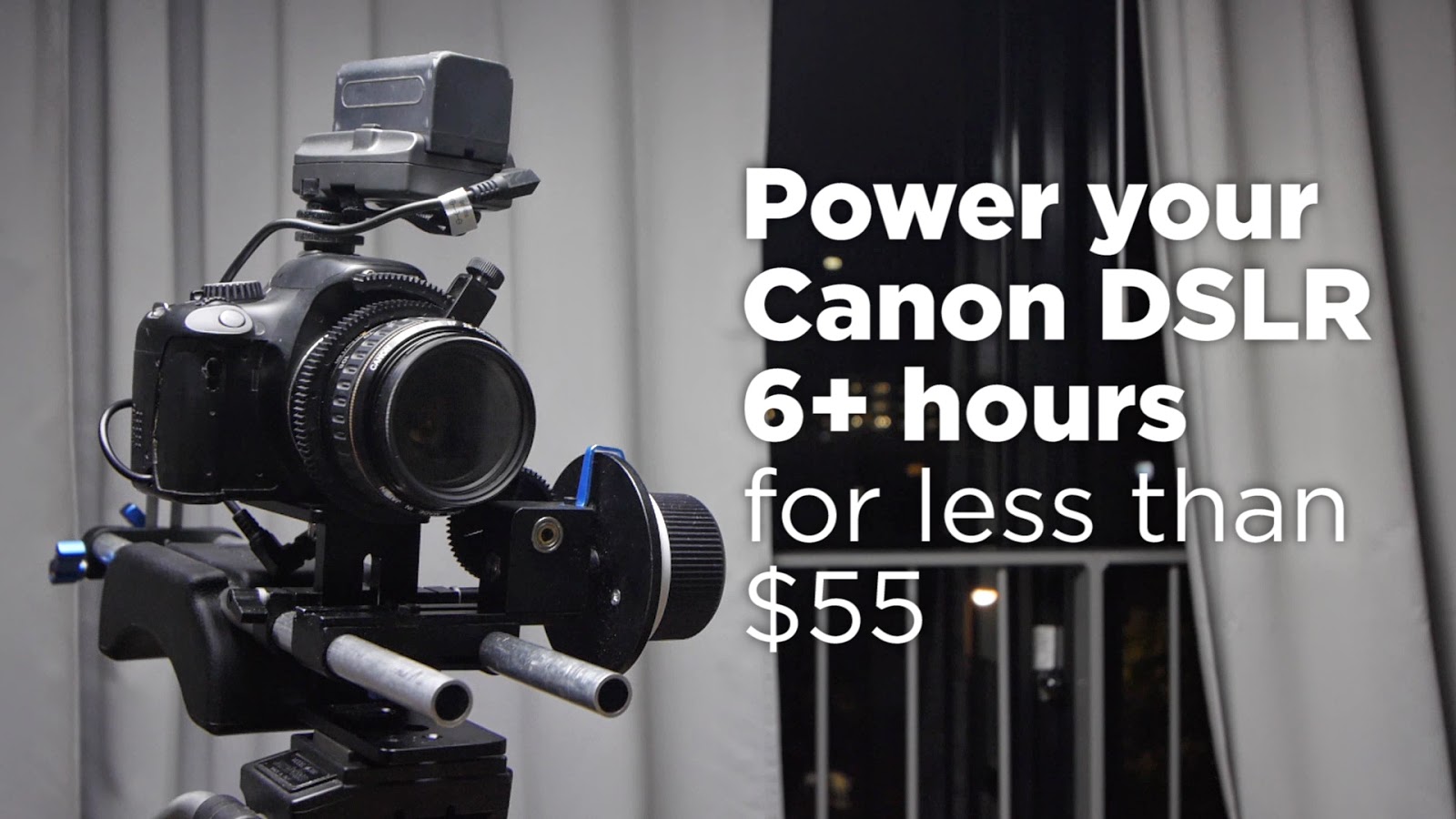 In this video I am showing you how to power your Canon DSLR for more than 6 hours for less than $55 battery included.  6hours of battery is enough really for any event. Plus the bit extra is that the battery now is outside the camera and its a battery which is build for film cameras, so these batteries has less problems with overheating. Another thing is that the power indicator actually works and even would go into reds when the battery is low. However the low on these batteries still can film quite long with it in red before its really depleted.

Another thing that is great about this setup is that the battery is outside of the camera. As most DSLR has issues with heating up as their batteries aren't really made for filming and using that much power the batteries heats up after a full hour of filming back to back or if you are filming in a hot area. But with this setup the battery first is outside the camera and enable to cool down better, but also these large Sony NP-F970 are build for large ENG cameras and can handle the power output much better without getting hot. 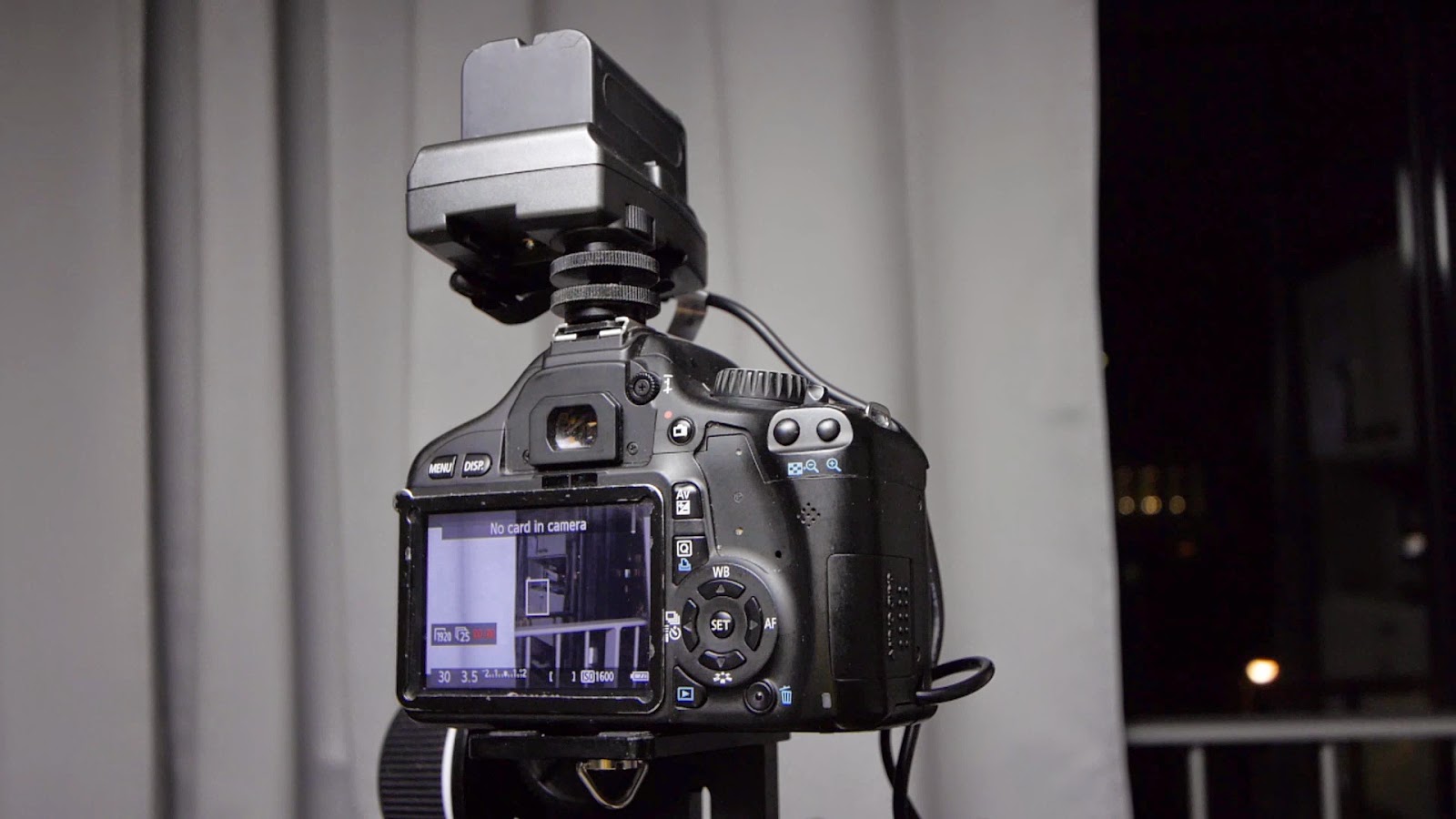 There are even multiple ways you can this setup. Here on top is a simple setup if you want to film in a more lightweight setup. As this would not require any rigging and just directly mount it onto the hotshoe mount of your camera. For like simple timelapse this would be an ideal setup as you mostly be having the camera on a tripod and don't really need anything extra. Yet the extra power enables you to take timelapse of a longer period without having to switch your battery. 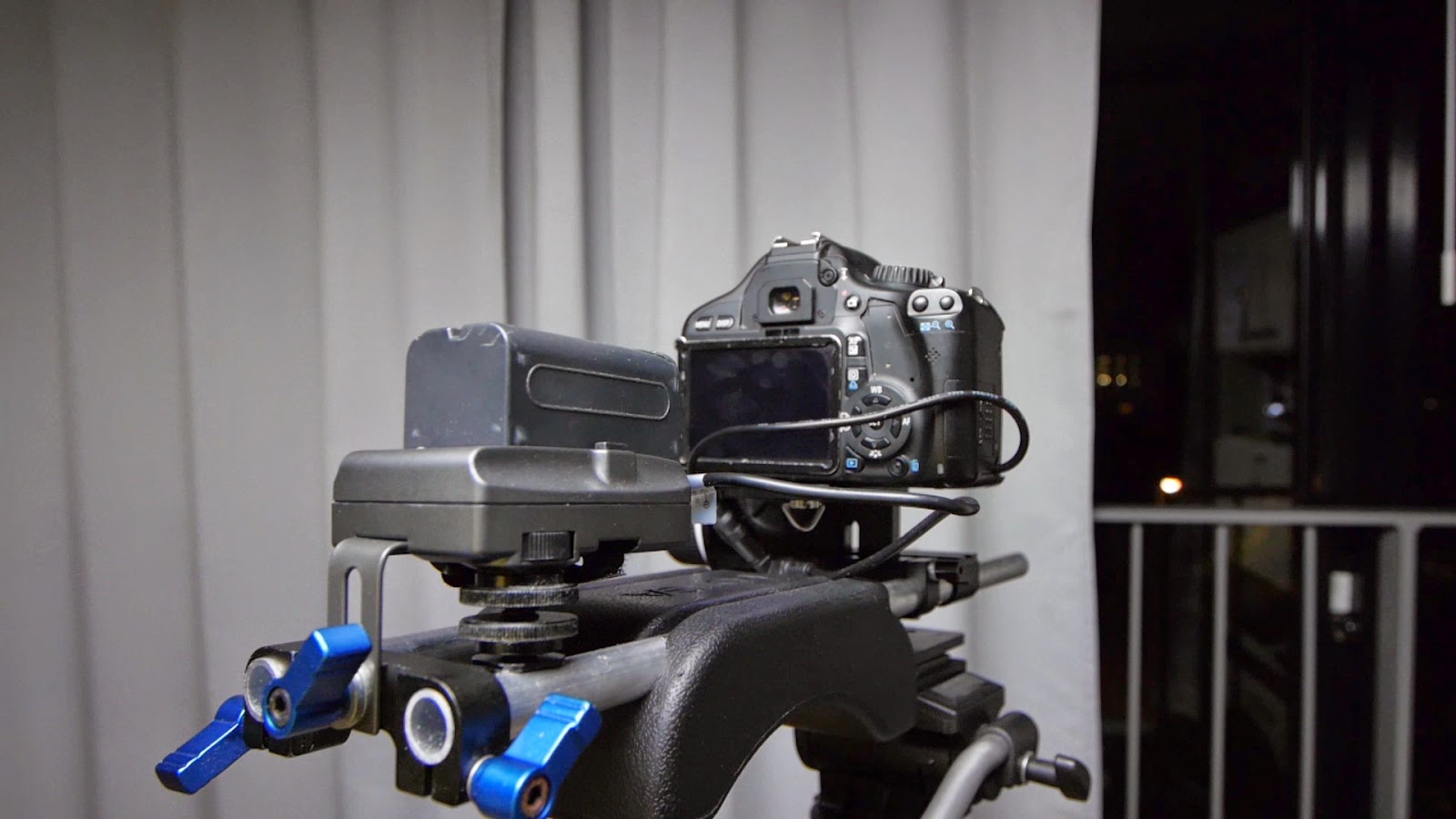 The other setup would to mount it onto your shoulder via a 15mm rail block clamp like the image above. If you are lucky the rail block can sometime be found around 10 bucks but often also be sold around 20bucks. But another affordable option would be using the rail block from the affordable $15 matte box. 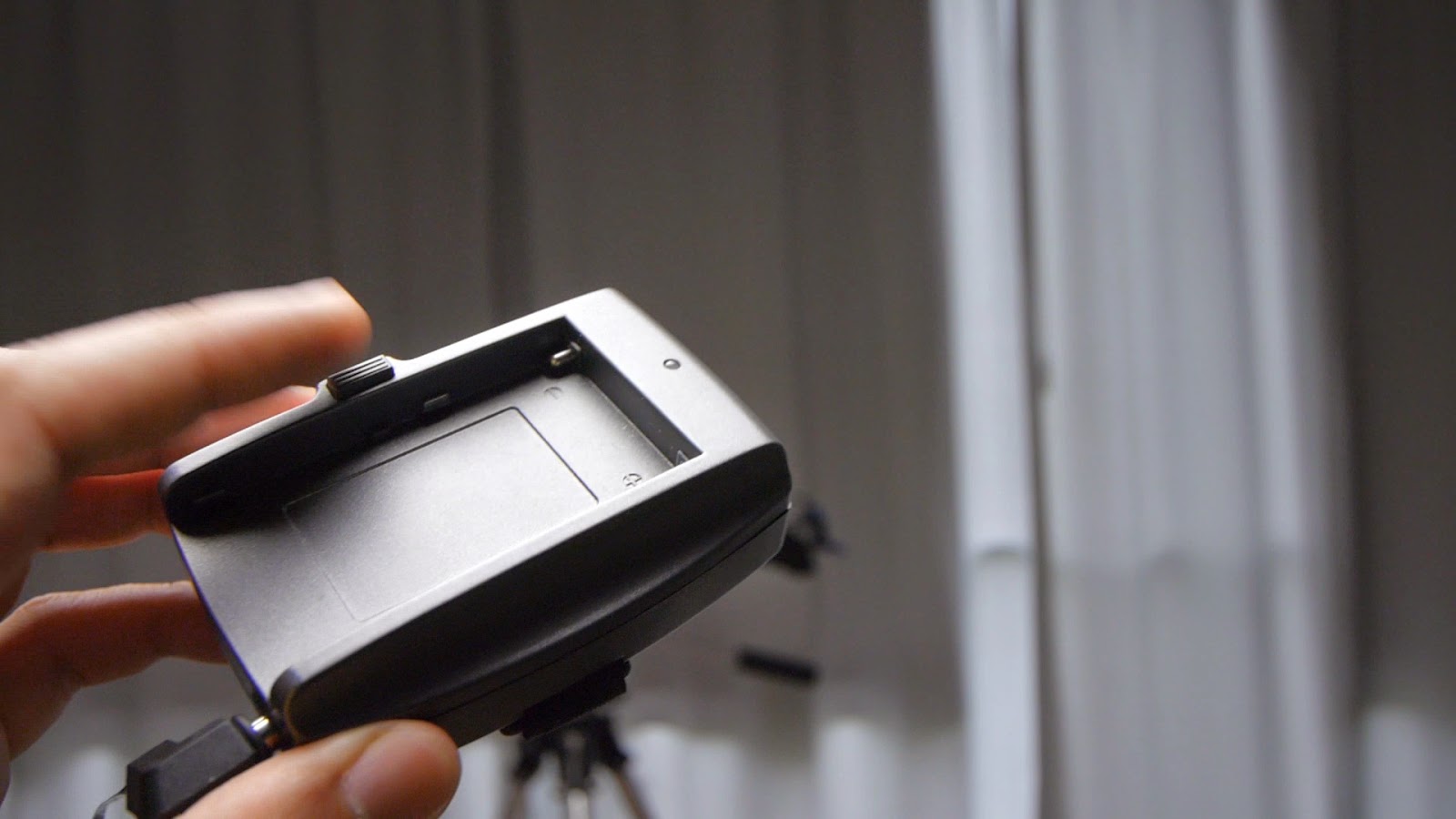 The main part what is needed is the NP-F970 battery plate this is where the battery will be placed to power your camera. I have chosen this version as it have few extra quirks making it better than other one but also being quite affordable. This one actually made to power a lilliput monitor but it also can be used to power LED lights and more. The great thing about this one is that there is a lock, so the battery would not fall out easily. 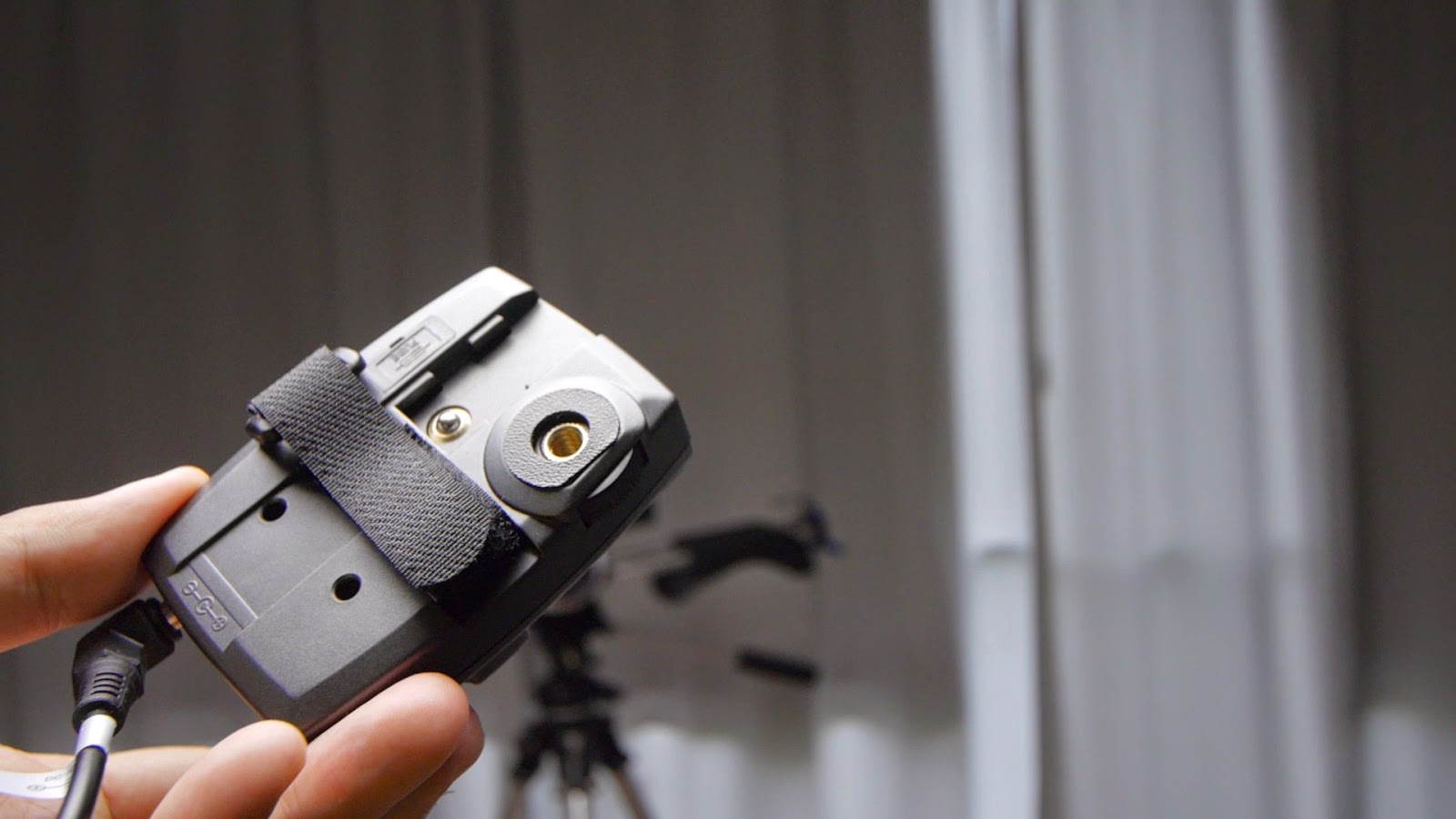 Another plus is that there are allot of mounts on this battery plate, from plain veclro to attach to anything to a small L bracket seen on the shoulder rig setup above, but also standard 1/4" scew hole giving you tons of option to mount it anywhere you want. 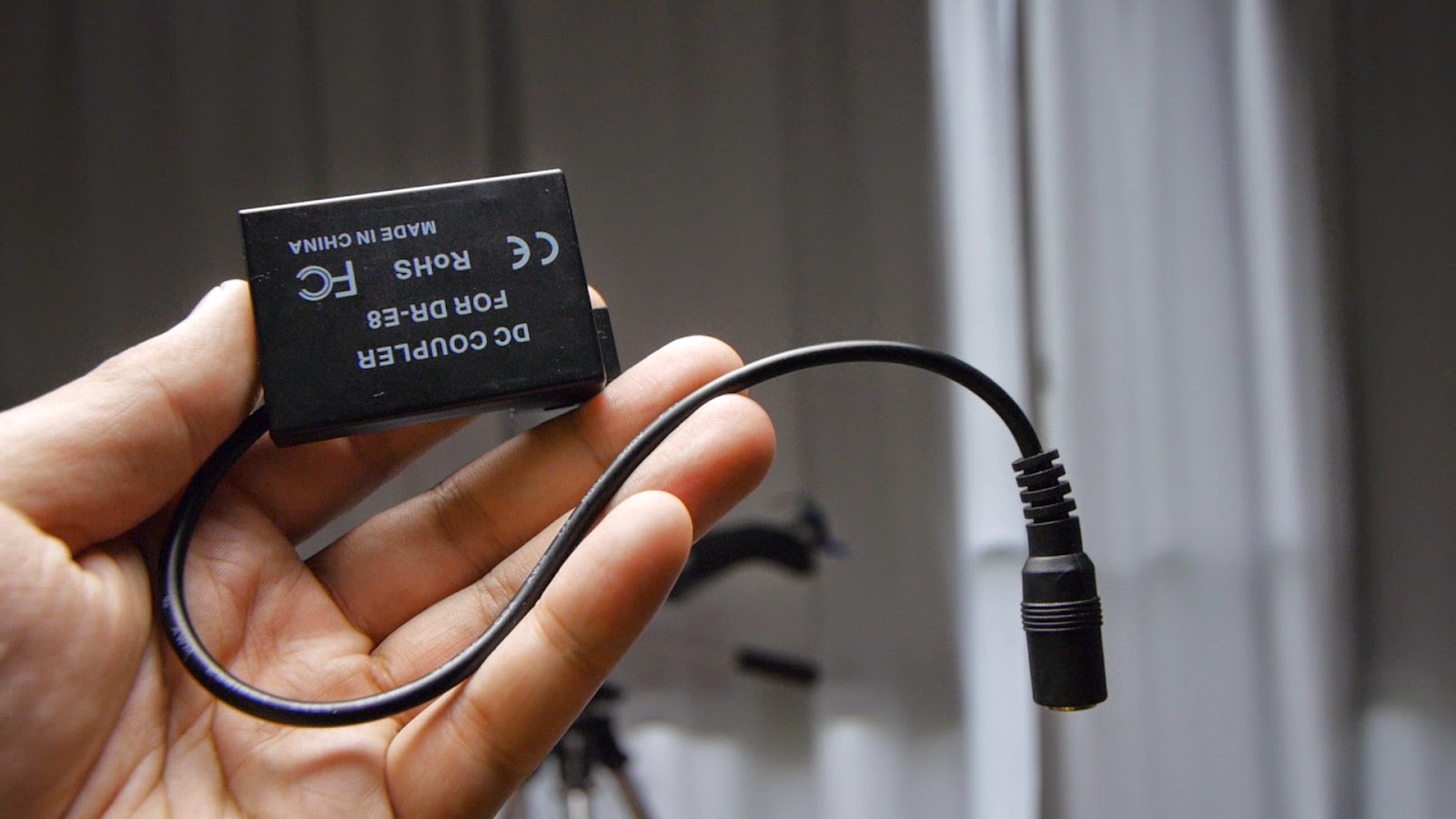 Then you have the DC coupler or the Dummy battery. The one I am using is for a Canon EOS 550D/T2i but can also be used for 600d, 650D and 700d. But there are other DC couplers you can get for other camera, but the important thing is that it should have the DC female plug end to plug the battery plate cable into. 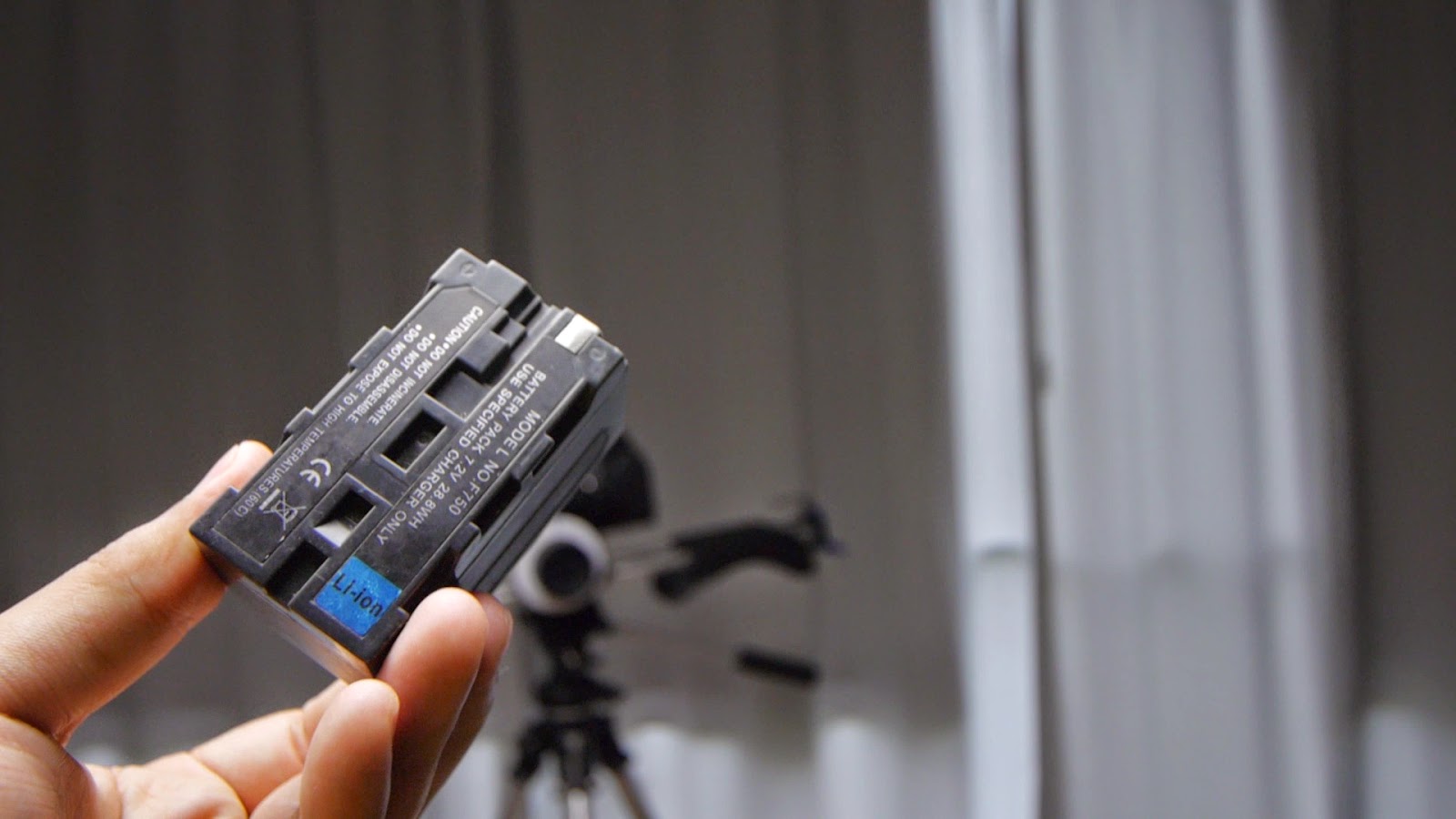 And ofcourse to power it all you would need a battery. These NP-F970 are currently quite affordable and able to pick up some nice 6600mAh for around 20bucks. But great thing is most lights and monitors use these batteries, so standardising everything to use the same battery is all the better. Then having tons of different kinds of batteries in your bag.

Unknown said…
with the battery not heating up as much, does this allow the camera to record longer than the 12 or so minutes with regular batteries?
27/5/14

Chung Dha said…
12minutes got to do with the 4GB limit of SD cards with FAT32. And nothing to do with the battery. You can decrease the mb/s of the recording using Magic lantern to be able to film 29min and then also let it auto start new recording to keep filming.
17/8/14