Making a G6 into ENG cam

In this post I wabt to talk about making my small Panasonic Lumix G6 into a proper setup to film events without having to switch lenses plus getting proper audio. However it resulted into this overkill of an setup that weighs 4.3kg. But have to say half of thr sound equipment isnt really needed and most of the weight really is just the gigantic Canon 9.5-143mm f1.8 lens or the Canon J15x9.5B4 KRS lens. Plus there is a big reason why I mounted this lens as its a proper ENG lens that is parfocal and can zoom in and out without changing focus nor aperture while you do that giving nicer transition nor have to change camera settings. But also Panasonic G6 also adds allot of features as it have a battery life of 3 hours and also film continuesly on AVCHD without limit which is great to film long presentations or performances. Also nice feature having 50fps for slomo. And now with ENG Sennheiser set just makes it easier to have a presentor to interview people and not having to struggle with wires. But overall great for festivals or shows. But for short films and other low light event would still need to switch over to more normal faster or wider photography lenses, however it great to zoom in super far as its closer to a 38x420mm lens. 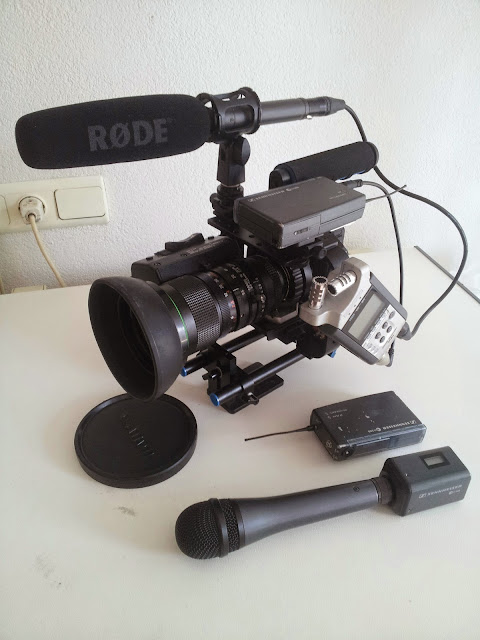