on May 29, 2018
Subscribe to this channel and get a chance to win a year free subscription to all Adobe Creative Cloud apps, check this link for more info: http://goo.gl/weub3z

In this video showing you how to mount a GoPro on the Zhiyun Smooth4 phone gimbal and also compare few adapter plates on the market that improves the balance on the Zhiyun Smooth4 phone gimbal. As why buy two seperate gimbal if you could have one gimbal that can be used with your phone, but also with a simple adapter to use a Gopro, so you can still film if one ran out of power. 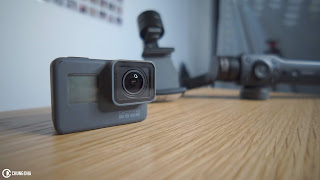 Actually most gimbals nowadays it is possible to mount a Gopro on them directly without needing an adapter, however with the Zhiyun Smooth4 its not really the case as the GoPro is slightly too light to get it well balanced. However it is actually still usable and quite easy to mount, as you just need to rotate the phone clamp 90 degrees, but the downside of mounting the GoPro like this, is that you cannot see the monitor of the GoPro making it harder frame you shots. The other issue is that the Zhiyun Smooth4 does not have a 360 rotation it misses the selfie mode which the Smooth3 does have, which means the GoPro is filming just one directly and you need to hold the gimbal backwards to film forwards. 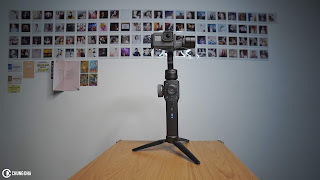 In this video I am trying out two different adaptor plates to mount a GoPro easier on the Zhiyun Smooth4, the first one is the Xiaomai adapter which has a few oddities with the GoPro mounted upside down, but it atleast can balance well and also have no obstructions to view the screen of the GoPro so you can frame better, but still the orientation of the camera is not facing forward, but backwards. 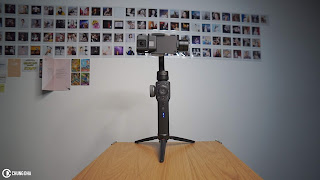 Suprisingly the more expensive PGYTECH Plate actually came out worser than the less known Xiaomai. The PGYTECH have got the proper orientation to enable filming forwards plus additional enable to view the screen, but the balance is bad which causes several issues like overheating motors, stressing the motors and overcompensating motors causing it not to be horizontal. Mounting this PGYTECH differently actually enables it to be more balanced but position the GoPro worser than the Xiaomai one, blocking the screen instead of having it visible. 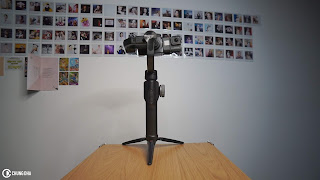 In conclusion the better plate is actually the more affordable Xiaomai which also sold on Ebay under different names and brands. Its atleast is balanced and keep the screen clear and lessen the stress on the motors having the GoPro much more well balanced. However if you don't mind not seeing the screen you could just go with clamping your GoPro without an adapter and mounted it directly onto your gimbal instead, as it actually works well, but it could put a bit of stress on the back motor to keep you GoPro horizontal. 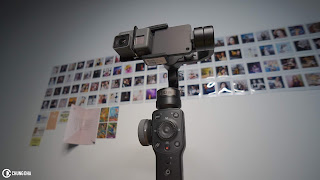